D.E. Gemmill is rolling out an automated flagging system which will be used in place of human flaggers on some construction sites.

D.E. Gemmill is starting to use an automated flagging system on construction zones. York Dispatch

A local contractor is now using automated flagging devices connected through a tablet with real-time video, providing an alternative to placing flaggers in harm’s way.

According to D.E. Gemmill Inc. president David Gemmill, the new system will remove flaggers from the traffic flow, creating a safer work environment.

"Flaggers standing in traffic are constantly in danger," Gemmill said.

The Guardian SmartFlagger is controlled by a single employee onsite who can monitor traffic flow, manually raise and lower the flagging arms or set the system up for timed, automated use. Two video cameras incorporated into each SmartFlagger provide a live feed to the operator and a video record of the job site. 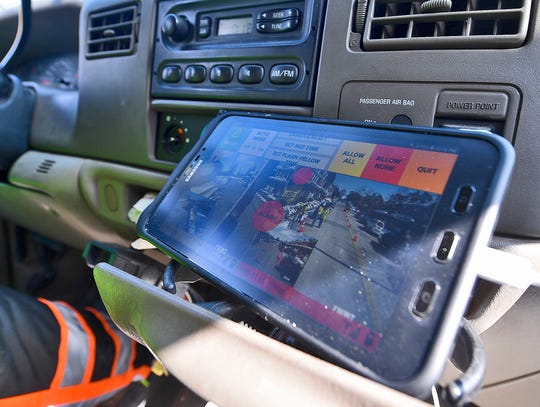 According to a D.E. Gemmill news release, recent statistics show that there is a work zone crash every 5.4 minutes. Nationwide, about 800 people are killed annually in work zone crashes, and another 42,000 are injured, according to the release. Removing human flaggers from the traffic flow will reduce the number of injuries in these crashes, Gemmill said. 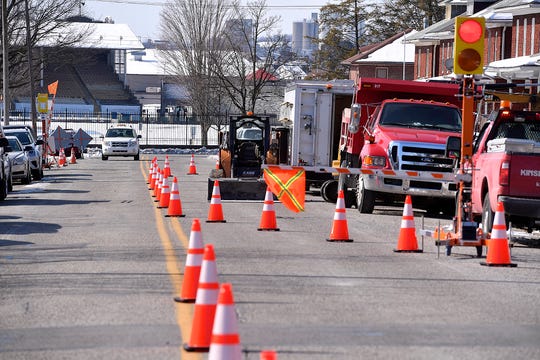 A vehicle rolls past the SmartFlagger on a Kinsley construction site on Florida Avenue, Thursday, March 7, 2019. John A. Pavoncello photo (Photo: The York Dispatch)

While creating a safer work zone, the technology doesn't create a cost increase.

"It is extremely competitive with normal flagging operations," Gemmill said.

With the new system, only one operator instead of the normal two or more flaggers is needed at each site, so the company can offer the service for about the same cost, he said.