'An honor': York City fire chief retires after 28 years with the department

'An honor': York City fire chief retires after 28 years with the department 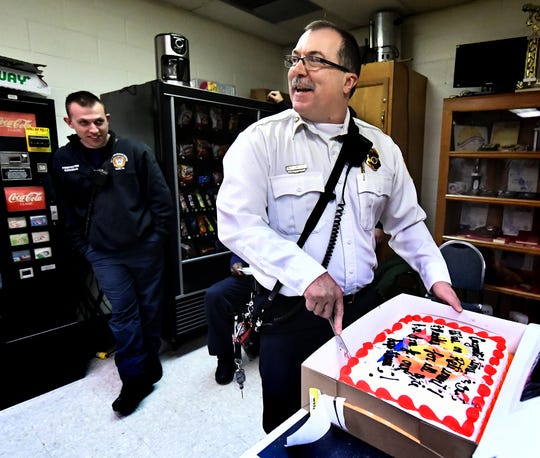 David Michaels has spent his entire firefighting career with the York City Department of Fire and Rescue Services.

On Friday, Feb. 1, he will end that 28-year run when he retires as chief to join WellSpan York Hospital's emergency management team.

Michaels has had one leadership role or another with the fire department since 2008, he said, adding that that is a long time to be in that type of position.

“I knew it was close," he said of his retirement.

The chief said the department has become his life, but he realized there is life beyond the fire department. 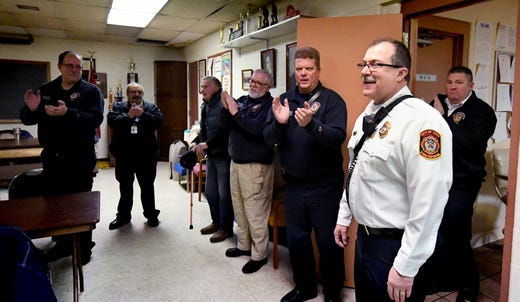 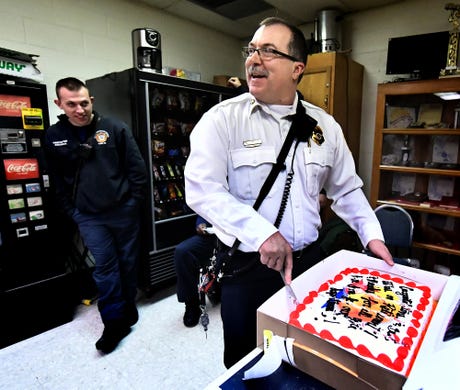 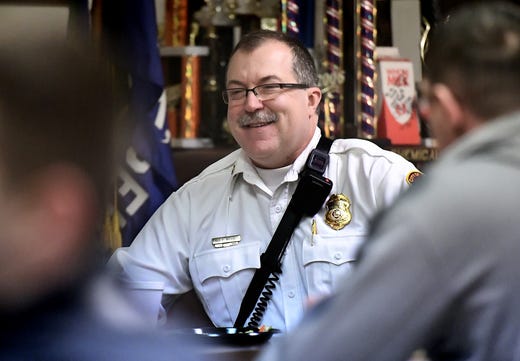 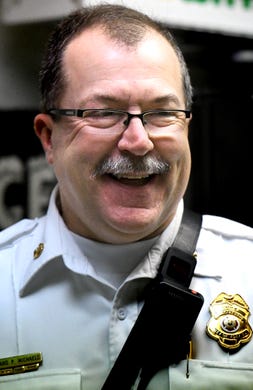 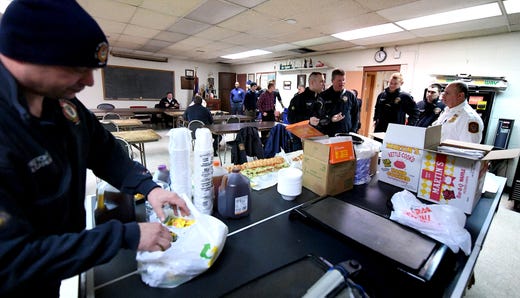 Michaels said the department has made 18 new hires since August, and he is ready to see the next generation take over.

The department: Michaels, 51, was hired right after he graduated from York College in 1990. He was a firefighter for 10 years before getting promoted to lieutenant, he said.

Eight years later he was promoted to assistant chief, then deputy chief in 2010. He took over as fire chief in April 2012.

His final year with the department was marked by tragedy, but Michaels said that didn't play a role in his retirement.

Their deaths were the department's first line-of-duty fatalities in more than 40 years.

While Michaels had been considering retirement for a while, “when March happened last year, that definitely wasn’t the time to leave," he said.

Michaels said the firefighters want to continue to honor the fallen, and the best way is for the department to keep doing what they do.

“We’re never going to forget that, it’s always going to be part of our history," he said.

The chief said he had many fond memories of the department over nearly 30 years.

He said he was able to interact with people all over the city. Some people will still recognize him from fire scenes.

"I really got to be out and meet the people in the city," Michaels said.

Achievements: Looking back at his time as chief, Michaels said he is proud of how much the department has grown since he became chief.

In 2012 the city had some financial issues, and there was a firefighter contract dispute that wasn't resolved until about five years later, he said.

Once that happened, there was more stability within the department, according to the chief.

“It was just very complicated," Michael said of the dispute.

He said the resolution brought morale up.

Deputy Chief Chad Deardorff said it was a "huge relief" when the dispute was resolved in 2017. 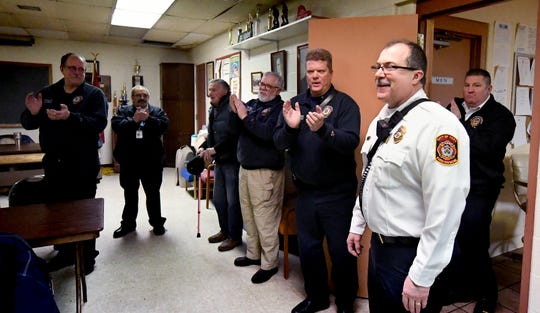 Michaels also said he was proud of the training firefighters received over the past few years.

Deardorff said all but two personnel have received training through the Harrisburg Area Community College fire academy, which brought the department up to nationally recognized standards.

“Everybody has been trained pretty much to the same standard," he said.

Before Michaels became chief, there were fewer people in the department who had the training, according to Deardorff, who said Michaels pushed to get grants to pay for it.

“He has been a great mentor for me throughout the years," he said.

Deardorff has been deputy chief for four years, and Michaels had been teaching him things with the understanding that Deardorff wanted to be the next fire chief.

Mayor Michael Helfrich said Deardorff is his administration's choice for the next fire chief and that Deardorff will be recommended to city council as such.

Michaels said he also made the recommendation for Deardorff to be chief.

“You can't fix something that’s not broken,” he said.

The mayor said Michaels has served the city remarkably for 28 years.

"He has made my life easier because I always knew that he had everything going the right direction in the fire department," Helfrich said.

Retirement: The chief said he has been eligible to retire since last year. The requirements, he said, are 20½ years with the department, and he had to be at least 50.

Michaels said he had been thinking about it for a while.

The chief said once the opportunity at WellSpan came up, he decided it was time to retire.

Even though he will no longer be part of the department, Michaels said he will still be a part of the community. He lives in York City with his wife and daughter.

As chief,  he had a pager on him 24/7, and even though he's in an office during the day, he could be called to any emergency scene at any time.

“You’re still tied to that pager and what’s happening the city," he said.

Michaels lives near one of the stations, so he will continue to hear sirens fairly often. He said he knows he will be curious as to what's going on, once he's not in the loop.

"I know I'm going to perk up when I hear the sound," he said.

Michaels is planning on going to Texas to visit his daughter and son-in-law. He said he will be doing some sight-seeing before starting his new position.

The chief said he's had support from the whole York community.