The York County area will likely see snow Thursday night, followed by a "significant precipitation event," Saturday, according to forecasters.

The York County area will likely see snow Thursday night, followed by a "significant precipitation event" Saturday, according to forecasters.

However, what exactly will come from the event Saturday, Jan. 19, is still not known.

“It’ll be a couple of days before we feel real confident about how this is all going to pan out," John Gresiak, senior meteorologist for AccuWeather, said Tuesday, Jan. 15.

“York is looking at 1-2 inches," Ceru said Tuesday. He said snow is expected to start sometime around 8 or 9 p.m. Thursday.

“We’re looking at a little bit of snow with that, maybe on the order of a coating to an inch of snow,” Gresiak said.

“There could be some light snow for the morning commute," he said. 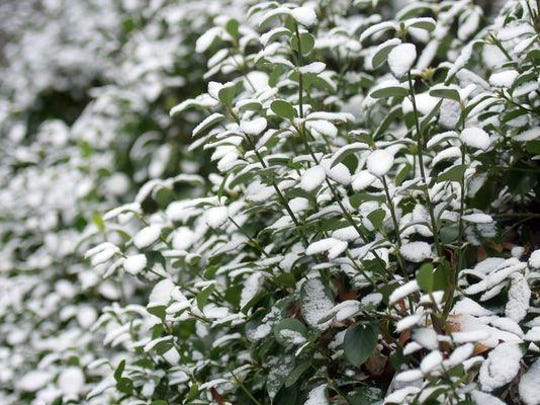 “A significant event will impact the region Saturday into Sunday morning,” Ceru said, adding that it is too early to say what exactly that will entail.

He said it could have a significant impact, and there could be a wintry mix Saturday as well.

Gresiak said the second storm is "much bigger" than the one expected to affect York County on Thursday.

On Tuesday, Gresiak said the weekend storm was still halfway across the Pacific Ocean.

"The data out there isn't as good as it is when it actually gets over land," he said, adding that that would likely be Thursday.

Gresiak said there could be some snow Saturday but that it will likely turn to rain later.

“Whatever snow you get out of it later Saturday, Saturday evening, is kind of going to get washed away," he said.

Gresiak said AccuWeather meteorologists were leaning toward the idea that the York area will get more rain Saturday.

He said there will be a "corridor" of heavy snow, but it will likely be in northern Pennsylvania.

Temperatures are expected to be in the single digits Sunday night, according to Gresiak.

"As the storm moves away later Sunday and Sunday night, some much colder air is going to come in," he said.

AccuWeather's website states there will be a low of 3 degrees Sunday.