Despite a recent threat to put an end to the annual parade for lack of volunteers, organizers have announced the tradition will return in 2019.

Despite a recent threat to put an end to the annual York City St. Patrick's Day Parade for lack of volunteers, organizers have announced the tradition will return in 2019.

When it does, it will honor one of the volunteers central to saving the parade more than 20 years ago — Mary Yeaple.

Yeaple, currently the city's special events coordinator, was part of a small committee that took over organizing the parade in 1991 after the city relinquished its responsibility to host the March event. After initially volunteering to design a flyer and fax some news releases, she took on more and more roles in her tenure on the committee.

She stepped down in April 2018 because of family and work constraints, she said.

"I kept insisting I just want to sit and watch the parade for a change," Yeaple said.

Her fellow committee members had other plans.

Grand family: They dubbed Yeaple and her husband, Rodney, and son, Jay, the parade's grand marshals for 2019.

"They've given their time and their effort — it's really a whole Yeaple family effort that has gone into making so many great events here in York," said Dan Reilly, president of the parade committee. "I think it was definitely a consensus among the committee members." 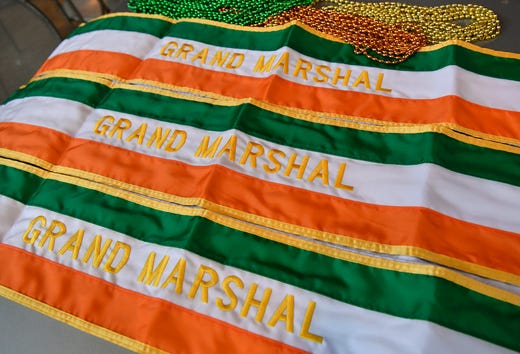 The Yeaple family is introduced as the Grand Marshal family for the 36th Annual York Saint Patrick's Day Parade, Wednesday, January 9, 2019. The parade will be held Saturday, March 16. John A. Pavoncello photo The York Dispatch
Fullscreen 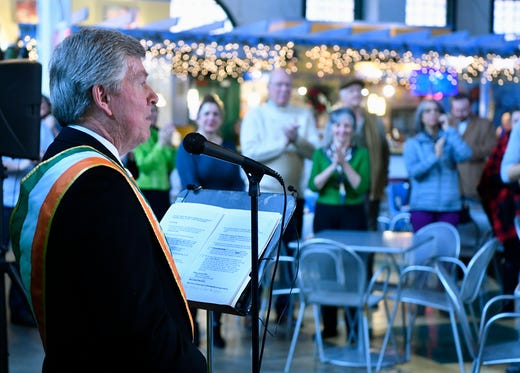 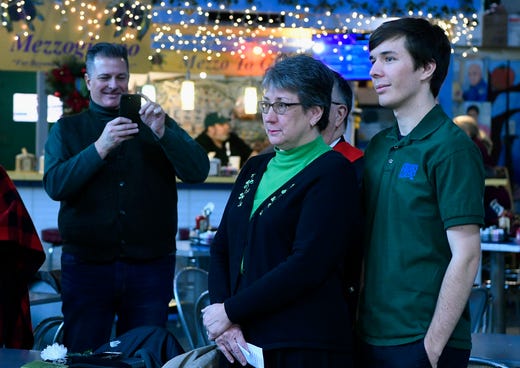 Mary Yeaple and son Jay, along with Rodney Yeaple are announced as the Grand Marshal family for the 36th Annual York Saint Patrick's Day Parade, Wednesday, January 9, 2019. The parade will be held Saturday, March 16. John A. Pavoncello photo The York Dispatch
Fullscreen 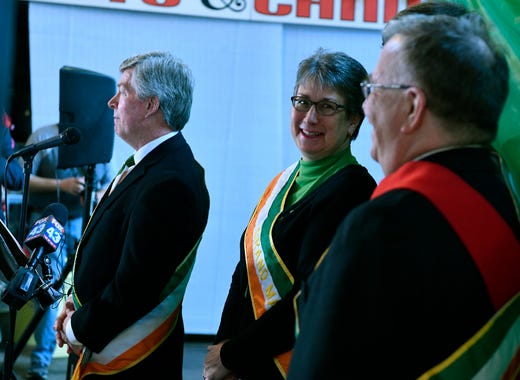 Mary Yeaple, left, looks to son Jay and husband Rodney as they are announced as the Grand Marshal family for the 36th Annual York Saint Patrick's Day Parade, Wednesday, January 9, 2019. The parade will be held Saturday, March 16. John A. Pavoncello photo The York Dispatch
Fullscreen 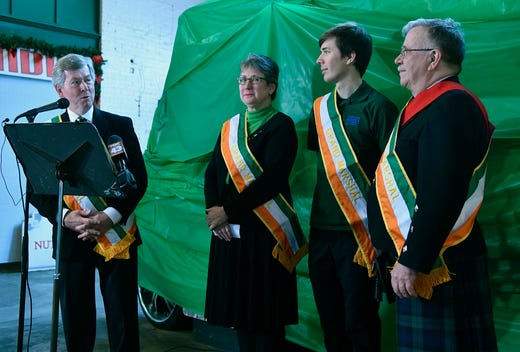 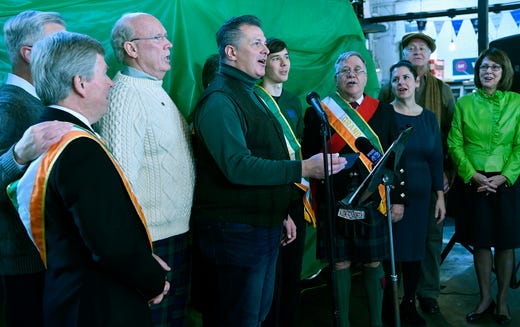 The Yeaple family is introduced as the Grand Marshal family for the 36th Annual York Saint Patrick's Day Parade, Wednesday, January 9, 2019. The parade will be held Saturday, March 16. John A. Pavoncello photo The York Dispatch
Fullscreen

The parade also has a personal significance to the Yeaples. It's where Mary and Rodney had their first official date in 1990. Their son, Jay, has never missed a parade in his entire life.

In addition to her volunteer work organizing the parade, Yeaple is contracted by the city to put on special events throughout the year.

"I think most people from York know that Mary has given over a tremendous amount of her time and effort to those different events in the city," Reilly said, adding that she also helps organize events outside the city, including the Penn-Mar Irish Festival in Shrewsbury.

The Yeaple family will lead the parade, which will step off at 1 p.m. Saturday, March 16, from the intersection of Market and Penn streets.

Rodney Yeaple will be marching alongside his band, the Susquehanna Pipes and Drums, near the front, Mary Yeaple said.

More: 'My food will speak for itself': HomeGrown chef to bring fresh food to York City

'Outcry of public support': As for the full parade lineup, there are still decisions to be made, Reilly said.

Registration will be open soon, and those interested in marching can check www.facebook.com/YorkStPatParade  and www.yorksaintpatricksdayparade.org for information.

Reilly said the public can expect a similar atmosphere to past parades in terms of numbers of floats, bands and other performers.

In June 2018, the committee announced the parade was in danger of shutting down because of a lack of volunteers and limited funding. Following the announcement, though, the committee received an "outcry of public support," Reilly said.

While those "two needs have not gone away," enough support was given to keep the parade afloat for at least this year and for the foreseeable future, he said.

As for Mary, her "labor of love" has come to an end and she's looking forward to having a chance to watch the parade.

Once the Yeaples lead the parade through its route, they'll take a seat and watch the rest march by, she said.

"I don't usually get to see a whole lot of it," she said.