Redistricting: York County now has two congressmen — and neither has opened a local office

Redistricting: York County now has two congressmen — and neither has opened a local office 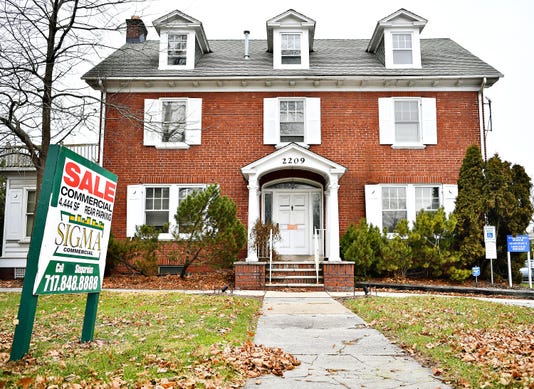 The former York County office for U.S. Rep. Scott Perry located at 2209 East Market St. is shown in Springettsbury Township, Friday, Jan. 4, 2019. The location, now for sale, was vacated after the redistricting of Congressional maps reduced Perry's representation from all of York County to only Northern York County, which does not include the Springettsbury Township location. Dawn J. Sagert photo(Photo: The York Dispatch)Buy Photo

Representatives for both Lloyd Smucker and Scott Perry said neither Republican lawmaker could open offices in their new districts until Thursday, Jan. 3, when they took their oaths of office and the new district maps officially took effect.

Perry — who, like Smucker, was re-elected Nov. 6 — previously had a district office on East Market Street in Springettsbury Township, but he closed it last month.

Smucker announced Thursday he will be opening offices in Red Lion and Hanover. Perry has yet to announce where he will set up a new York County shop.

Local congressional district offices allow constituents to voice concerns to lawmakers, get updates about what's going on in their district and learn about legislation that affects them as well as other general services.

Smucker's staff will release phone numbers and other information when the office officially opens in coming weeks, the release states. For now, residents can contact Smucker's Washington, D.C., office at 202-225-2411 or his Lancaster office at 717-393-0667. 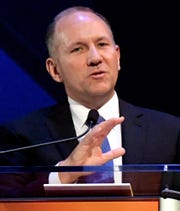 “My biggest duty in Congress is listening to and working for my constituents,” Smucker said. “I am excited to continue to serve the people of Pennsylvania and am looking forward to working with my staff to assist them in any way we possibly can.”

No Perry office: Perry — whose 10th District includes northern York County, part of Cumberland County and all of Dauphin County — is in the process of finding a new York County office, according to his staff.

The Carroll Township resident previously represented the old 4th District, which included all of York and Adams counties as well as parts of Dauphin and Cumberland counties.

"Constituents may feel free to call either (of those numbers) with any requests for assistance," Perry spokeswoman Brandy Brown said. "We're ready as always."

— This article has been updated to correct the fact that Rep. Scott Perry's former office is still in his district and not in Rep. Lloyd Smucker's district.