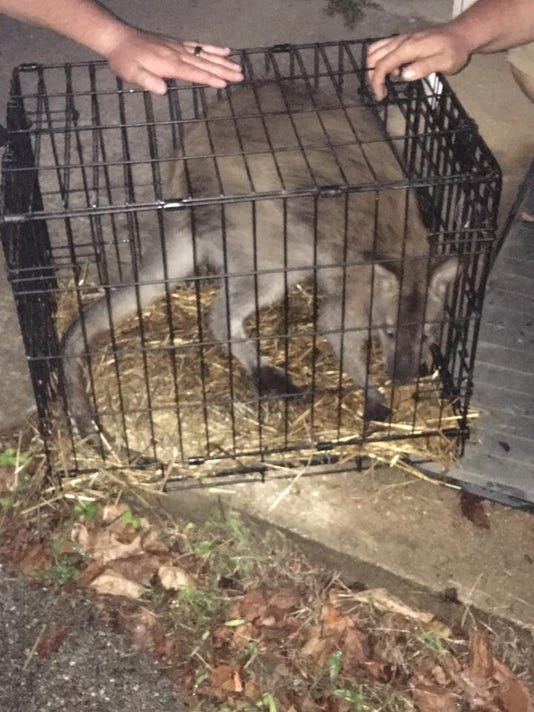 The department responded to that area to assist a homeowner who found an animal in his garage. That animal, according to police, was Rocko, who had been missing for several weeks.

Rocko, a 3-year-old wallaby, escaped through fencing during recent flooding, according to a Facebook post from owner Toni Kline.

North Hopewell Township Police said Rocko is safe and was returned to his owners.