The founders of one of the country's most beloved ice cream companies has chosen 11th District candidate Jess King as one of seven progressive candidates for which the duo plans to raise money through new ice cream flavors. 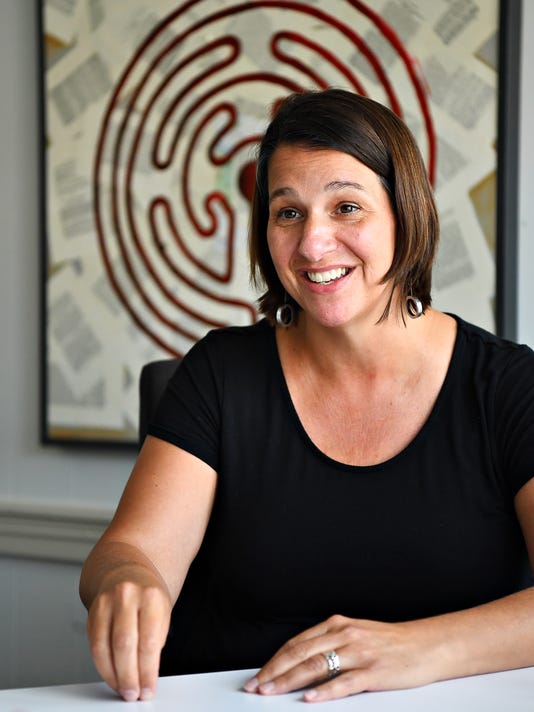 The founders of one of the country's most beloved ice cream companies has chosen 11th District candidate Jess King as one of seven progressive candidates for which the duo plans to raise money through new ice cream flavors.

Ben Cohen and Jerry Greenfield, the co-founders of Ben and Jerry's Ice Cream, are looking to show their support for seven U.S. House candidates by creating batches of new ice cream flavors for each candidate and raffling them off to donate to the campaigns.

King is the only Pennsylvania candidate on the list to benefit from the fundraiser, which is being run through Cohen and Greenfield's liberal political action committee, MoveOn.

"We need to come up with seven amazing ice cream flavors (and flavor names) that not only taste great but also capture the essence of what each candidate stands for," the co-founders said in a joint statement on the MoveOn website.

The other candidates who will benefit from the ice cream fundraiser are Lauren Underwood in Illinois, Aftab Pureval in Ohio, J.D. Scholten in Iowa, Ammar Campa Najjar in California, Stephany Rose Spaulding in Colorado and James Thompson in Kansas.

The announcement came the same day that King's campaign touted a poll from Public Policy Polling, a firm based in Raleigh, North Carolina, that shows King nine points behind her opponent, Republican incumbent Rep. Lloyd Smucker.

The ice cream moguls have long been supportive of progressive candidates, and they have now opened a submission page on their website for politicos and ice cream fans alike to suggest flavors for each of the candidates.

"We need a Democratic majority to check President (Donald) Trump’s unrestrained power," the two said. "And we also need to send progressive champions to Congress who will fix our health care system with Medicare for all, protect clean air and water and get big money out of politics."

Those policy ideas are all part of King's platform, and King said she was thankful for the fundraising efforts before giving her own flavor suggestions and giving a shout-out to the state's dairy farmers.

“We’re proud to see that the unprecedented work of our grassroots movement is being noticed beyond southcentral Pennsylvania," King said. "We hope the ice cream flavor reflects some of the great snack foods we make here — throw some Utz’s Pretzels and whoopie pies in there."

The candidate added, "Our local dairy farmers produce some of the best milk in the country, and in Congress I will work to ensure these family farms always have a place in our regional economy.”

Ideas for flavors and names can be submitted at https://act.moveon.org/survey/benjerrycontest/. The deadline for entries is Friday, Sept. 28.