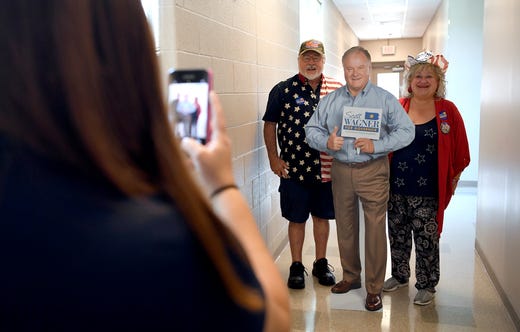 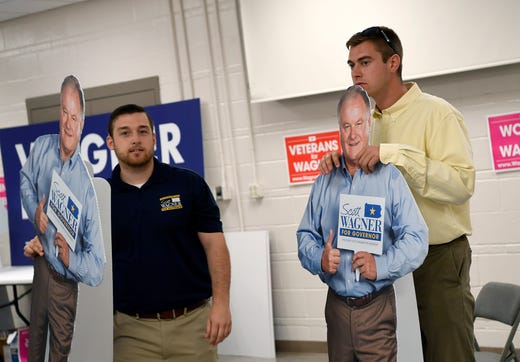 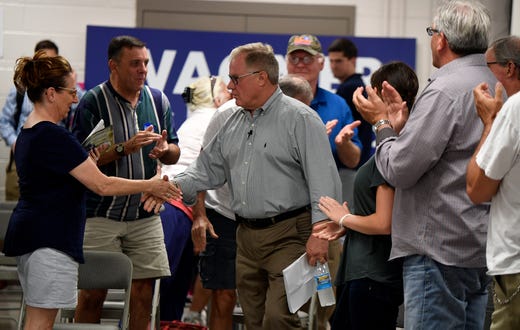 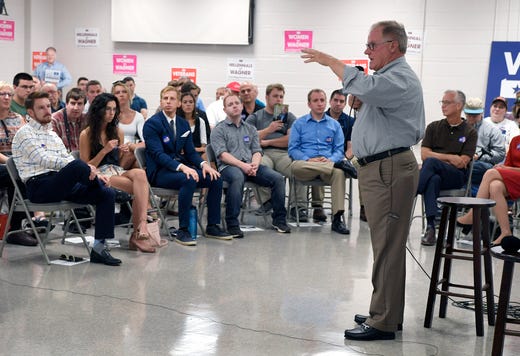 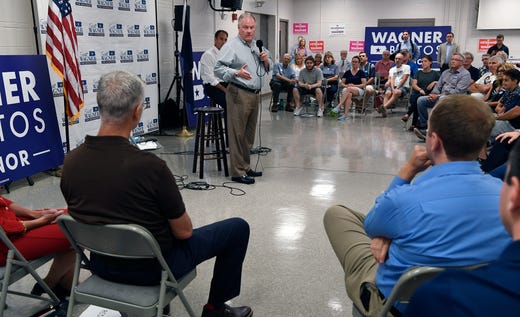 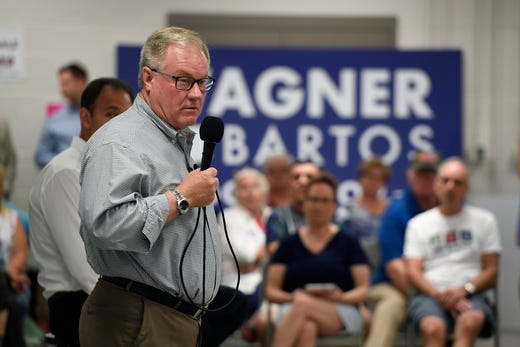 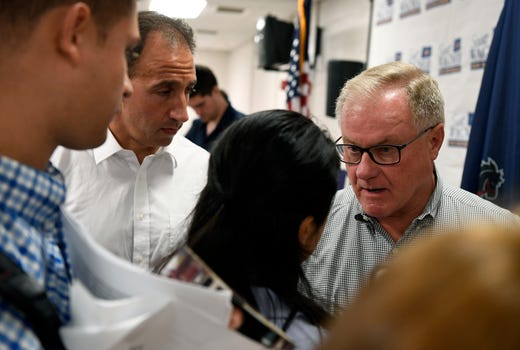 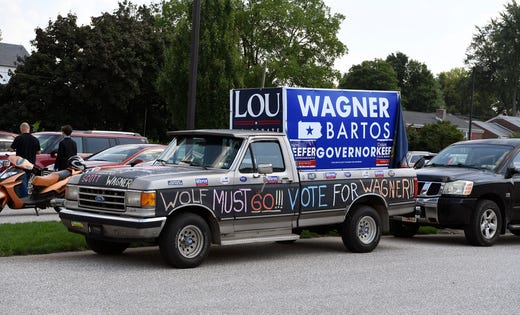 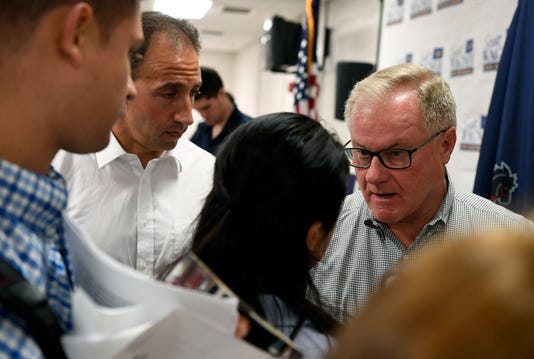 Republican gubernatorial Scott Wagner and his running mate Jeff Bartos took a portion of their Sunday, Aug. 5, town-hall meeting at  Shiloh Fire Co. to walk back a recent incident where Wagner called a young climate activist "young and naive."

The town hall hosted more than 100 York County residents, who heard Wagner criticize the Wolf administration and tout his own business savvy and how he can use it to boost Pennsylvania's economy.

During the question-and-answer period, however, Wagner found himself in a familiar place — being questioned by a young climate activist associated with the Sunrise Movement, a youth organization prioritizing policy change and awareness of climate change.

Jeremy Seitz-Brown, a 22-year-old volunteer with the organization, pushed the candidate on his views about climate change and his response last month to Rose Strauss, an 18-year-old organization member who questioned his campaign contributions from oil and gas companies during a town hall meeting in Montgomery County.

Watch @realScottWagner tell a young woman that she is "young and naive" when she asked a question on climate change.#pagovpic.twitter.com/ZDG4vnqgud

After the exchange last month, Wagner, whose campaign has taken more than $160,000 from the fossil fuel industry, quickly found himself in headlines and videos nationwide.

On Sunday, Seitz-Brown, unhappy with Wagner's previous response, used his time at the microphone to give Wagner a chance to clear up the incident and his views.

"We only know that (climate change) is going to get worse over time, so am I young and naive for wanting a safe future so I can raise my family here in Pennsylvania?" the activist asked.

In response, Wagner eased up his previous rhetoric and said his earlier comments were in response to a more aggressive question asked by Strauss, who recited campaign finance statistics and questioned the candidate's special interests.

"You posed your question differently," Wagner said. "The 'young and naive' comment wasn't made to be an insult, but I was asked a question about money that I took from the fossil fuel industry. I'm 62 years old, and the young lady who asked the question was 18. I have a little more experience than she does."

Wagner added, "My 25-year-old daughter will tell me at times that she is young and uninformed, so maybe it was bad wording."

The candidate also clarified that he thinks  climate change is a real issue, but the state needs to be realistic.

"Climate change is happening, and I want to make sure that you're left with the world that I lived in," he said. "But let's be realistic, I can't flip a switch and change all of this."

Bartos also jumped in, walking back Wagner's previous claims that climate change is a result of human body heat — a claim that led to ridicule nationwide, including from television host John Oliver.

"Climate change is happening, and man's activities are contributing to the rate of climate change," Bartos said. "But the most important policy debate that we can have is what is the balance we can strike in addressing climate change but also addressing the impact on our economy."

The lieutenant governor hopeful added, "Finding that balance is something that your generation is leading on," a point that was reiterated in a July 26 news release by the Wagner campaign.

Seitz-Brown, along with other Sunrise Movement volunteers at the town hall, said he thought the Republican ticket's responses were simply a response to negative media coverage nationwide.

"I thought that it was a very politician response," he said. "He was nicer to me, and I'm disappointed that he was mean to my friend Rose. But more importantly, he hasn't given any straight answers or solutions."

Lisa Grimm, another volunteer, agreed and said she was surprised Wagner and Bartos walked back the claim so quickly.

"I'm surprised that they had such a quick turnaround on where they stand on climate change," she said. "It was just responsive, and Bartos had a more solid answer. However, it's funny (Wagner) still hasn't addressed the money he's taken from the fossil fuel industry, and he hasn't really made those connections."

Grimm added, "You can't have honest dialogue when you're taking so much money from one side."

Seitz-Brown said the recent bouts between the organization and Wagner will just fuel youth activism.

"Young people are offended by (Wagner's comments) and motivated to take action and take control of their future," he said. "We as young people are trying to take our future into our own hands, because based on (Wagner's) answer, he won't."