VIDEO: 'It's Always Sunny' in the Wolf, Fetterman camp 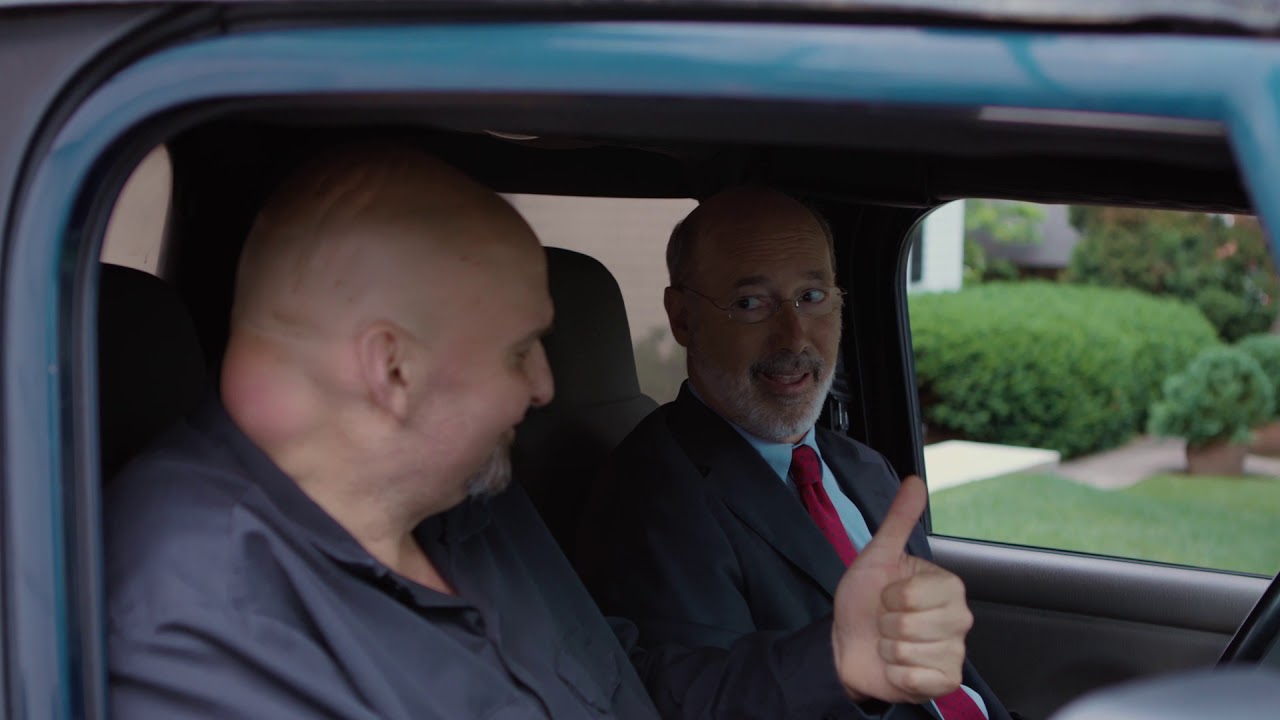 The Democratic pair head to the Boscov's department store in the York Galleria mall to select a necktie for Fetterman to wear on the floor of the Senate, which has a strict dress code.

The video borrows the introduction screen and music from the FXX television show "It's Always Sunny in Philadelphia," which debuted in 2005 and has since acquired a cult following.

Fetterman also offers to buy Wolf a piece of clothing, something resembling the black button-down shirt he sports regularly.

"You know, I can't accept gifts, I have a gift ban," Wolf responded, referencing his 2015 executive order to ban gifts to any employee of the executive branch.