In September, Auditor General Eugene DePasquale released a special report titled “State of the Child" that addressed the state's child-welfare system. It featured five critical issues in the state's handling of child-welfare issues and offered 17 recommendations to address.

More: EDITORIAL: The state of the child? In need of your help

DePasquale went into more detail in an action plan published May 16, consisting of 28 recommendations, eight of which were for county-run Children, Youth and Families agencies.

The gist: Legislators and decision-makers statewide must intervene immediately to "see social benefits in the future."

Funding and employment: Suggestions in the auditor general's plan included increased state funding for local programs that can lead to more resources and reduced caseloads.

Terry Clark, director of York County CYF, said he agreed with every aspect of the report — especially increased state funding and reduced caseloads. 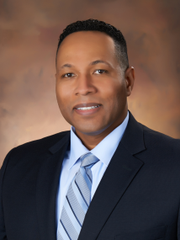 "The most important thing is the recommendation for wanting the Legislature to give consideration of 100 percent funding to programs like ours," Clark said. "Funding would allow us to hire more staff, especially in counties like ours. We believe that it could make a big difference, as commissioners could more easily fill vacancies."

Understaffing has plagued the York County CYF agency for years. The state Department of Human Services approved 22 additional positions in March 2017, though the agency had asked for 37. A lack of staff has persisted.

Under state law, caseworkers can take on no more than 30 cases at a time. However, with a lack of staff and employees quitting, cases are reassigned, and the 30-case capacity no longer can be followed because of workloads, Clark said.

"Whenever someone leaves, you have to reassign cases regardless, as we as an agency are still responsible to investigate those cases," he said. "Without more staff, which is difficult without more funding from the state, caseworkers are overworked, and we can't lower caseloads for them."

There are about 180 employees in the York County agency, he said. However, the number of caseworkers hovers around 90.

Ideally, Clark added, they need at least two more units, which consist of five caseworkers and one supervisor — a total of 12 additional employees — which still wouldn't fill all 18 vacancies the agency has.

That, however, doesn't include additional employees to compensate for the increased work, such as clerical and support staff, Clark said.

How often case workers are required to work more than 30 cases is "hard to say," as sometimes there are 500-plus new reports per month, he said.

The classification system: Another integral area in the report, Clark said, is DePasquale's recommendation to allow local CYF agencies to classify their own cases.

The problem is that ChildLine workers aren't trained CYF workers or social workers, the report argues. This can be dangerous, said Brian Bornman, executive director of the Pennsylvania Children & Youth Administrators association, who was quoted in DePasquale's report.

“The decision regarding whether a case is handled as a GPS or a CPS should be made by the counties after some preliminary information is obtained," he said. "ChildLine should act as a clearinghouse for the reports but should not assign the CPS/GPS designation, as they have insufficient information with which to make those decisions."

"It's very important that the state allows us to determine whether cases are CPS or GPS," he said. "This way, we can be as accurate as possible in diagnosing the cases."

Angela Liddle, president of Pennsylvania Family Support Allegiance, a Harrisburg-based organization that informs and leads communities to protect children from abuse and neglect, finds validity in both of Clark's principal concerns.

"First of all, staffing is a huge issue that's not only seen in York County but across the state and country," she said. "This has been a problem for a long time, and it's correct to say that increased state funding could help fix this issue."

Without proper funding, she said, the results can be devastating.

"If an agency doesn't have enough employees, it's possible that some children won't get the help they need," Liddle said. "It's an issue that many agencies face."

Workers burned out from large caseloads might also be unable to help children in abuse and neglect cases to their greatest ability, she added. However, funding that could lead to additional staffing costs the state money — and the budget isn't promising.

"I'd hope that the Legislature can agree and make changes like these, but look at the state budget," she said. "There are a lot of steps included in (DePasquale's) report, and that costs money."

In regard to the classification system, she sees both sides of the argument.

"While I understand that caseworkers have more training and may be able to more efficiently categorize cases, there's another side to the story," she said. "Some people also argue that ChildLine is a more efficient and reliable approach, with help from a diverse population all over the state. I understand the merit in that as well."

Regardless, the workers involved deserve respect for what they do, she said.

"The general public has no idea how hard and stressful it is to do what these workers do," she said. "They go into houses that police go into armed. It's amazing what they have to do, and it's an incredibly difficult job."

The difficulty of the job, she added, is another contributor as to why local agencies such as York County CYF have trouble with staffing, as "a lot of people leave because of the conditions that they're presented with."

The statistics: In 2016, York County had six fatal child-abuse cases — 13 percent of the state's total 46 fatalities, according to the 2016 Department of Human Resources Annual Child Protective Services Report, the latest information available. The county also had two near fatalities in child-abuse cases that year.

The county received 1,994 reports that year regarding child abuse, 204 of which were substantiated, meaning the agency considered the report to be truthful and abuse or neglect was evident. Statewide, Pennsylvania has had a 68.3 percent increase in total calls and a 45.3 percent increase in substantiated calls since 2012. The specifics for York County were unavailable.

These statistics are a part of a general uptick since 2014, when the Child Protective Services Law was amended following the Jerry Sandusky child-abuse cases, according to the report.

The amendments increased the number of mandated reporters of child abuse and added additional persons who could be identified as perpetrators of child abuse, the report stated.