The public memorial service will be held from 1 to 3 p.m. Wednesday, March 28, at the York Expo Center's Memorial Hall.

Also speaking will be York City Mayor Michael Helfrich and Harold Schaitberger, general president of the International Association of Fire Fighters, according to Philip Given, Helfrich's chief of staff.

The Rev. Kevin Shively, chaplain of the York City Department of Fire/Rescue Services, will offer prayers, as will the Rev. Aaron Anderson, a community leader and CEO of Logos Academy.

The public memorial service will be held Wednesday, March 28, at the York Expo Center.

The service will be from 1 to 3 p.m. at the Expo Center's Memorial Hall, 334 Carlisle Ave., Given has said.

An honor guard and a bagpipe and drum corps will be on hand as well, he said. They and uniformed personnel all are asked to report to Memorial Hall at 10 a.m. for a ceremony walk-through.

Display planned: Any fire departments and companies planning to bring firetrucks and other apparatus should arrive at the Expo Center between 9 and 10:45 a.m., and enter through Gate 8A on Highland Avenue, according to Given. 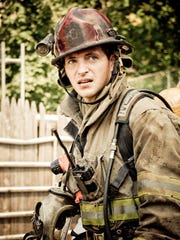 Any apparatus arriving after 10:45 a.m. will not be part of a planned display, he said. There will not be a procession after the memorial service.

Those bringing apparatus are asked to email that information to Jackson Township Fire Chief Brad Dunham at bdunham1141@comcast.net.

Details about road closures and the staging of firetrucks and other emergency vehicles also will be released later, he said.

Funeral services will be private for Flanscha, 50, but open for Anthony, 29, according to Given.

More: York City Police: No assumptions about fatal fire's cause

Private service: Flanscha's viewing will be from 9:30 to 11 a.m. Tuesday, March 27, at Living Word Community Church, 2530 Cape Horn Road near Red Lion. It will be followed by a private service. 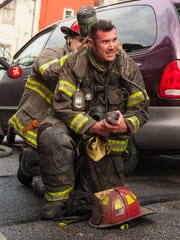