Springettsbury is among a list of 38 York County municipalities to say no dice. The subject will be brought up again at their regular meeting Thursday, Feb. 8. Springettsbury Township doesn't want a mini-casino, and the Board of Supervisors is considering an ordinance just in case state lawmakers ever try to overrule their wishes.

The board could use zoning to regulate possible casino locations in Springettsbury, township manager Ben Marchant said. The members will discuss the matter at 7 p.m. Thursday, Feb. 8, at the township building, 1501 Mount Zion Road, during their regular meeting.

“Penn National has selected an area within a 15-mile radius of Yoe Borough for the location of a category 4 casino,” he said. “They are in the process of looking for a site. Springettsbury Township falls within this area of their search. The township has no plans for a casino at this time.”

Marchant said the township is interested in amending zoning rules in the event that the state Legislature "could pre-empt municipal authority in the permitting and siting of casinos in the future."

Springettsbury currently doesn't have any township codes to address casinos, he said. 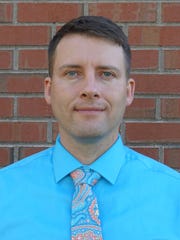 “Therefore, it is prudent to have regulations in place addressing casinos in the land use and zoning code,” he explained.

A draft of the zoning amendment is not ready to be made public, Marchant said. It will be made public if supervisors vote to direct staff to prepare and advertise an ordinance for review by both the township planning commission and the York County Planning Commission.

At a December meeting, Nace noted the township could receive about $6 million if a casino were located in Springettsbury. The local share, he said, is 2 percent of the casino's profits, of which half of that money must go toward reducing property taxes.

The mini-casinos, part of a new gaming expansion law passed last year, can have 750 slot machines. Penn National reported it plans to pay another $2.5 million to operate 30 table games.