Bon-Ton Stores, saddled with debt and faltering sales, enters the week beside a throng of other retailers under bankruptcy protection, seeking a buyer for pieces or all of a department store that was founded at the tail end of the 19th century. 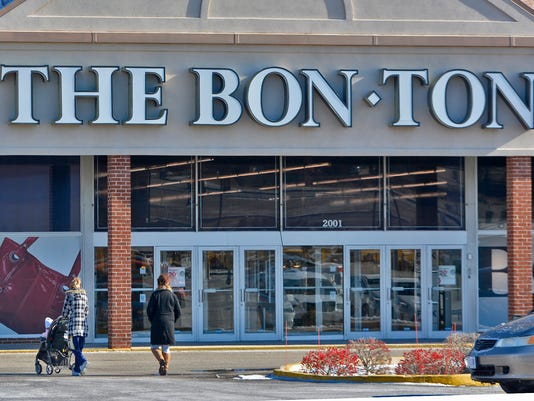 NEW YORK – The future of Bon-Ton Stores looks tenuous after the department store chain that survived economic downturns including the Great Depression filed for bankruptcy protection and said it may seek a buyer for all or pieces of itself.

Even as it closes stores, plans to jazz up its store label products and reduce its debt load, the chain must make itself stand out in a competitive market where shoppers are buying more online overall and less of the clothing that department stores depend on.

The Grumbacher family founded what became The Bon-Ton in York County in 1898, and its store at West Market and Beaver streets was a fixture in downtown York City for decades. The company maintains a headquarters in York County as well as one in Milwaukee. 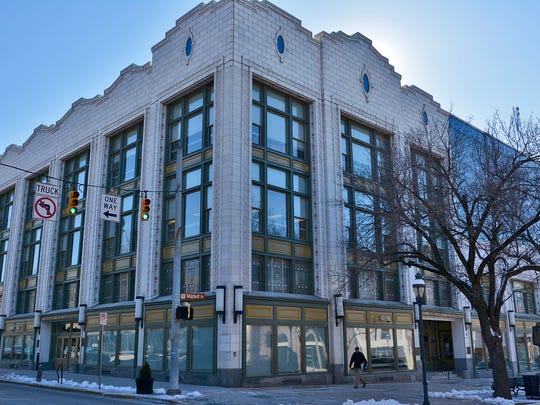 Kevin Schreiber, president and CEO of the York County Economic Alliance, said the bankruptcy filing is unfortunate news that he never wants to hear about a local employer, especially one with so much history in York.

Schreiber added that he knows bankruptcy filings can lead a lot of different ways, and he hopes it leads to a restructuring that allows Bon-Ton to resurface in a better position to sustain long-term employment in the county.

The filing late Sunday makes Bon-Ton the largest retailer to file for bankruptcy this year. It joins several dozen others that filed for Chapter 11 last year, including Toys R Us, Payless ShoeSource and Gymboree Corp. More are expected to follow as many retailers face similar challenges, including big debt loads.

About two dozen distressed retailers, including Nine West Holdings Inc. and Claire’s Stores Inc., are on the watch list of Moody’s Investors Service. That surpasses the 19 from last year on the list of stores with poor credit ratings or liquidity, weak credit and what the agency calls challenged competitive positions.

But the Bon-Ton brand — and all of its banners that include Elder-Beerman and Carson’s — are far from healthy, said analyst Neil Saunders, managing director of GlobalData Retail.

“Even with breathing space, the future of Bon-Ton is uncertain. In our view, there are many stores and locations which are in terminal decline and where closure is the only sensible option,” Saunders wrote. “They are undifferentiated, unclear and have become increasingly irrelevant to consumers. Even if the debt load was cut and unprofitable divisions culled, Bon-Ton would still be running up a down escalator to survive.”

Though Bon-Ton has survived a score of severe economic downturns, it is in uncharted territory today. Amazon has revolutionized the way people shop, but the behavior of Americans had already been changing radically in terms of what they buy and where they buy it.

Many stores, particularly department stores, are fighting for customers. However, some of Bon-Ton’s peers such as Macy’s and J.C. Penney and plenty of other retailers saw sales rebound this past holiday shopping season, helped by a solid economy.

There had been signs for some time that Bon-Ton was in trouble, and that did not ease heading into the most recent holiday season. Sales at established stores, a critical gauge of a retailer’s health, slid 2.9 percent in the nine-week period before the new year. Those sales had tumbled 6.6 percent in the previous quarter.

Amazon, in contrast, for the first time booked more than $1 billion in profits during its most recent quarter.

Bon-Ton, which runs 260 stores in 24 states, largely in the Northeast and Midwest, is in talks with debt holders about restructuring $1 billion in debt. Bon-Ton received a commitment of $725 million in debtor-in-possession financing to operate during its restructuring process.

“We are currently engaged in discussions with potential investors and our debt holders on a financial restructuring plan, and the actions we are taking are intended to give us additional time and financial flexibility,” CEO Bill Tracy said in a statement Sunday.

The company is closing about 47 stores early this year in Wisconsin, Pennsylvania, Illinois, Indiana and elsewhere. Like other department store chains, it’s attempting to overhaul what it offers customers and how it will get it to them.

Bon-Ton recently said it would accelerate that campaign as it tries to catch up with Kohl’s, Macy’s and J.C. Penney, which are devoting major resources to better compete online.

“Many of Bon- Ton’s stores were in areas where the availability of branded fashions and home wares was traditionally poor,” Saunders said. “However, while this once made them a focal point and a destination for local shoppers, the internet has done much to change this dynamic and has made the stores less relevant.”

Bon-Ton’s attempts to generate excitement in stores, such as opening FAO Schwarz toy shops in almost 200 stores, have mainly fizzled.