York City is set to join West York in contemplating an ordinance to lessen the penalties of possessing and using small amounts of marijuana. 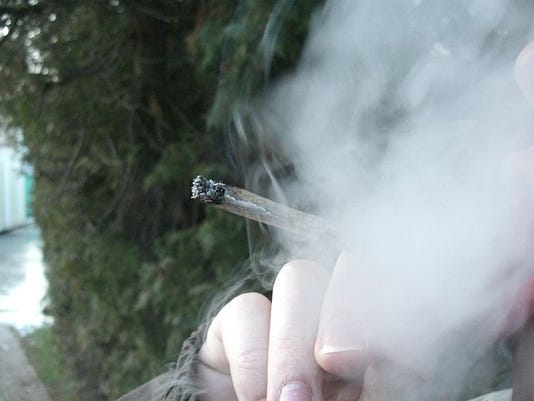 York City is set to join West York in contemplating an ordinance to lessen the penalties of possessing and using small amounts of marijuana.

After winning nominations for two of the three York City Council seats up for grabs in the May primary, Councilwoman Judy Ritter-Dickson signaled her intent to try to decriminalize marijuana in York City.

She will take the first step in accomplishing that goal at the York City Council meeting Tuesday night by introducing a bill that would allow York City Police to hand out citations to adults found possessing or using small amounts of marijuana inside city limits.

If Ritter-Dickson’s legislation is passed by the council, first, second and third offenses for possession and use of 30 grams or less of marijuana would be treated as civil matters, not criminal infractions, and processed similarly to summary traffic citations.

Ritter-Dickson’s proposed ordinance also would  apply to the possession and use of 8 grams or less of hashish, a product made from marijuana extracts.

“The purpose and intent of this article is to promote the general safety and welfare of the public” by decriminalizing minor nonviolent offenses for possessing and using small amounts of marijuana within York City, “and not to promote or condone the possession or use of marijuana or marijuana paraphernalia,” the ordinance reads.

The West York Borough Council is expected to discuss a similar decriminalization bill at its meeting Monday night.

Fines: The proposed legislation, which would add “Article 718: Marijuana Possession” to the York City Codified Ordinances, details the sliding scale of fines for first, second and third offenses under the ordinance.

York City Police would have the discretion to cite those ages 18 and older found in possession of less than 30 grams of marijuana and fine them $100 for a first offense, according to the measure.

The fines for using small amounts of marijuana or hashish also rise significantly with each offense under the ordinance.

Fines for using marijuana in the city will start at $150 for the first offense before doubling to $300 for a second offense and $600 for a third offense, according to the proposal.

An adult who is found to be using or in possession of 30 grams or less of marijuana more than three times in a five-year span would be subject to criminal prosecution, according to the measure.

The proposed ordinance also indicates that, in dealing with a first offense, a judge can suspend the imposed fine and order an individual to perform up to nine hours of community service.

Council support: The ordinance has a decent chance to pass over the summer, with two of the other four council members voicing at least some tentative support for Ritter-Dickson's proposal.

Councilwoman Sandie Walker said she supports reducing the penalties for possession and use of small amounts of marijuana in the city, but she said she wants to review how similar ordinances have worked in Harrisburg and Pittsburgh before voting on Ritter-Dickson’s proposal.

Walker said she has no concerns with the cost of the fines, but she wants to speak with York City Police Chief Wes Kahley to get his thoughts on the ordinance.

“I just need to review it some more before I can give an actual answer,” Walker said.

After seeing the level of community support for Five-Leaf Remedies’ plans to open a medical marijuana growing and processing facility in the city, Walker said she expects there will be a similar level of support for the ordinance.

York City Council president Michael Helfrich said he supports the ordinance without making any wholesale changes to it, though he said he will insist on several small revisions and clarifications.

Helfrich said he will push to raise the community-service provision to allow for a district judge to order up to 30 hours of community service in lieu of a fine for first-time offenders.

The proposed ordinance seems to indicate that York City Police will have the discretion to fine, instead of arrest, those found in possession of marijuana paraphernalia. However, there is no language in the ordinance specifically stating paraphernalia possession will be treated as a civil matter.

"If the drug is covered, certainly the paraphernalia should be covered," Helfrich said, noting that he plans to improve the ordinance's language to reflect that. West York's proposed marijuana decriminalization ordinance does not extend to paraphernalia.

Though he always expects diversity in opinion from city residents, Helfrich said he believes the ordinance, once revised, will have support from across the spectrum.

"The idea behind this is that we're giving people a chance to make mistakes," Helfrich said. "After a while, it's no longer a mistake. This is not meant to make it permissible and normal. This is meant to be a deterrent without doing unreasonable harm to a person's prospects for employment, education and housing."

At a candidates’ forum before the May 16 primary, Ritter-Dickson  spoke about criminal records for small-possession convictions stopping young people from getting student loans and housing while making it more difficult for them to find jobs.

At the same forum, Councilman Henry Nixon said he personally believes decriminalization “makes good sense,” but he is “loathe to make a commitment one way or the other” because he does not believe a city council has the authority to pass a law to decriminalize marijuana.

Councilwoman Renee Nelson told the crowd that night that she “sees both sides” of the decriminalization issue but needs more information before voting on any ordinance, citing the unknown long-term effects or benefits of marijuana use.

The ordinance will be introduced Tuesday, but the York City Council cannot vote on the bill until its next scheduled meeting on July 18, halfway through its summer recess.

Though the York City Council usually reserves full debate of an ordinance until the day of final passage, Helfrich said the council will hear public comment and have an open discussion on the ordinance Tuesday night before recessing.

Nelson, Nixon and York City Mayor Kim Bracey could not be reached for comment.