York City's Salem Square neighborhood is set to get its own library in the coming weeks. 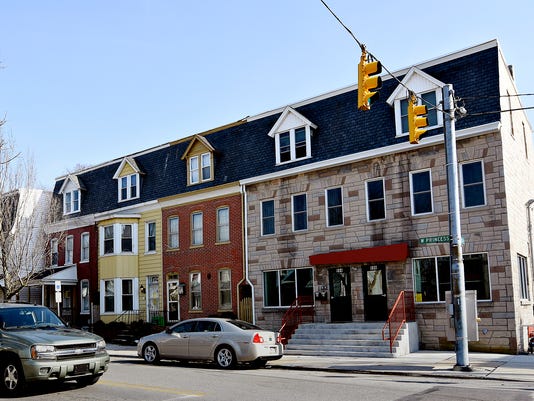 York City's Salem Square neighborhood is set to get its own library in the coming weeks.

The York County Library System is holding a ribbon-cutting ceremony Sunday, April 9, to celebrate the opening of the Salem Square Library, the county’s first neighborhood branch.

The grand opening will be at 2 p.m. outside the library at 596 W. Princess St. and feature tours, a children’s book giveaway, games, live music and food, according to a news release.

Salem Square Library will be open from 2 p.m. to 6 p.m. Mondays and Wednesdays and from noon to 6 p.m. on Tuesdays and Thursdays.

Community transformation: The Salem Square Library will operate as a department under York City’s Martin Library, and library system officials will monitor the success and impact of the new library to determine how they can use the neighborhood library model to better serve York County residents, said Robert Lambert, president and CEO of the York County Library System.

“We need to continuously find ways to reinvent ourselves and provide greater access to people in York County,” Lambert said. “The Salem Square community is one of the most under-represented and under-served communities in the city."

There are 17 neighborhood associations in York City alone, each of which could have its own library, Lambert said, but officials also are exploring options around York County.

Residents in some parts of southern York County still do not have reliable access to internet services, and people often pull into library parking lots after hours to use the Wi-Fi services, Lambert said.

For the past five months, it has been a community-policing outpost for York City Police.

Now, the building will provide a safe place for children to learn and socialize, Lambert said, while adults can find vital employment and workforce development resources.

“Any time you take a building like that and you gut it and you infuse that building with this kind of initiative, it’s already a success,” Lambert said.

Community support: The York County Library System partnered with the Salem Square Neighborhood Association with the intent of making the new library a “cornerstone” for other proposed revitalization efforts in the neighborhood, Lambert said.

The prospect of adding a new library might seem too far-fetched and ambitious for many library systems, but for the York County Library System, opening the Salem Square Library wasn’t difficult, Lambert said, with residents showing “incredible” love and support.