'We're not isolated, look at us': York County residents adjust to social distancing

Day two of the statewide school shutdown in Pennsylvania was a sunny 55 degrees in March.

In Hanover on Tuesday, residents were out and about, walking with their families and dogs, and stopping in at convenience stores. Delivery workers were still on the job. A mail carrier with the U.S. Postal Service was wearing a festive St. Patrick’s Day hat while moving house to house.

For many, the new nationwide practice of social distancing because of the coronavirus was not a disruption to their normal routines.

“We’re not isolated, look at us,” said Doug Emig, 49, who had gathered with three friends in the square in downtown Hanover — something they would do on any day.

“We’ve been sitting out here for years,” he said. Both he and friend Laura Mead, 56, collect Social Security checks, so they won’t have to worry as much about the financial impact of nonessential business closures, which Gov. Tom Wolf urged on Monday.

The same goes for Dee Kraft, 83, who was out for a walk with a friend. Though it will not affect her paycheck, it did awaken a bit of nostalgia.

She recalls being indoors and listening to her father tune in to Gabriel Heatter's radio broadcast every night during World War II. The isolation was similar to now — people were forced inside doing puzzles and playing Scrabble, she said.

“I think we will survive, but I feel sorry for the people like 60 and younger,” she said. “They’ve had it so good, they don’t know what it’s like to go without, be without.”

Elsewhere in the county, teachers who are now out of school are adjusting to new schedules and having their children at home.

"Everyone is just trying to figure out what they can do with their time," said Clovis Gallon, high school varsity boys' basketball coach and special education teacher in York City School District.

It's almost like summertime, he said, except the places people would normally go, such as the gym, are closed.

Shanna Danielson and Brianne Carter both teach outside the county, but their children attend York County school districts. 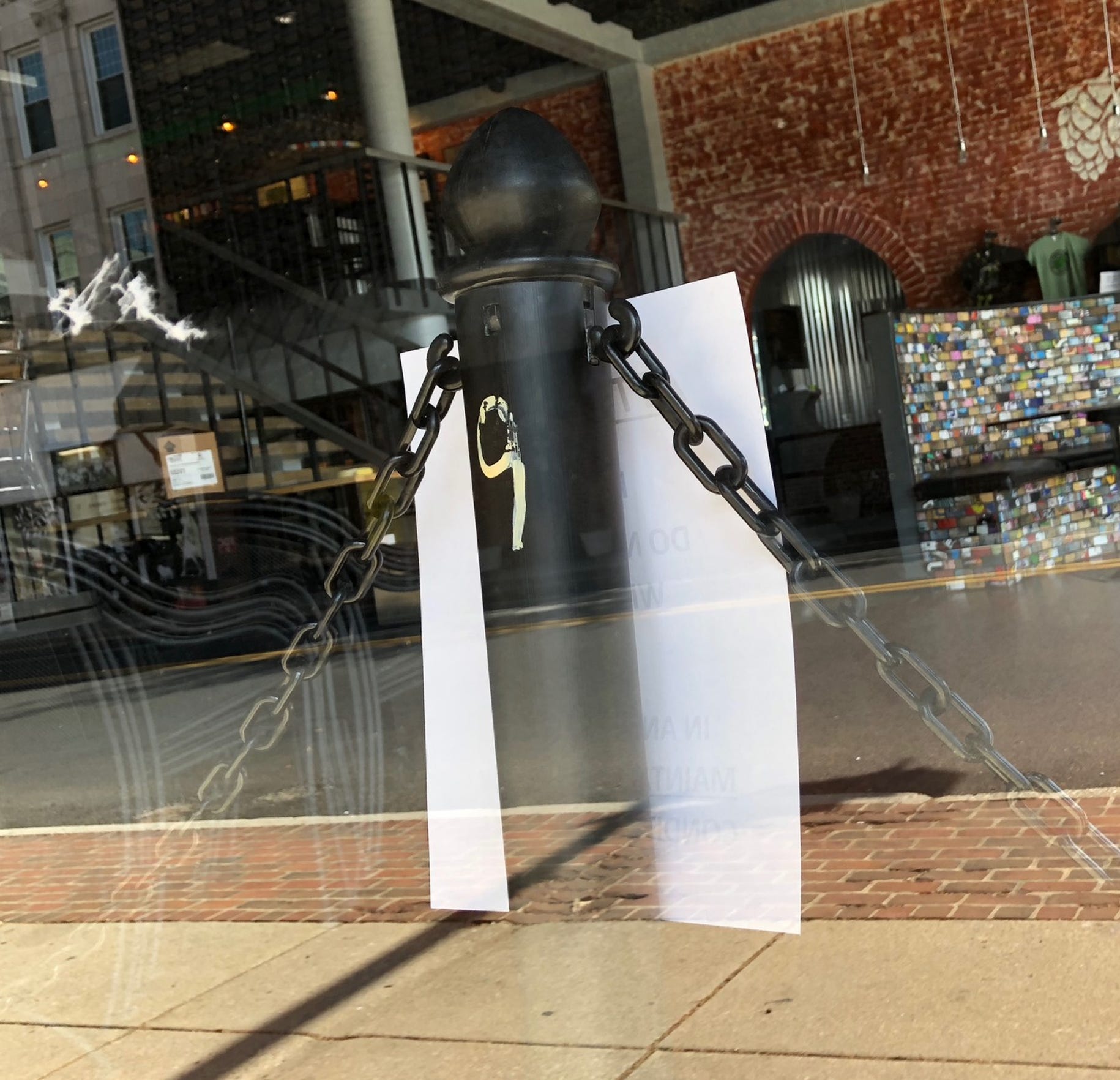 Miscreation Brewing Company, in downtown Hanover, is closed, along with many other restaurants, during the statewide shutdown to mitigate coronavirus spread, on Tuesday, March 17. Coronavirus, also known as COVID-19, is a highly contagious respiratory virus which has caused a global pandemic.
(Photo: Lindsay C. VanAsdalan)

Danielson, of Carroll Township, said her 5-year-old son Elliott — who attends kindergarten at South Mountain Elementary, in Northern York County School District — wants to go on a playdate, but she's unsure if it's safe.

It's so close to Cumberland County, which as of Tuesday had 10 cases, she said. The state Health Department announced Wednesday the first two confirmed cases of COVID-19 in York County and the first death in Pennsylvania.

"Keeping my two boys on a schedule is important to me," said Carter, of North Codorus Township.

Her oldest, Emmett, 9 — who attends New Salem Elementary in Spring Grove Area School District — is always asking what's next, and she wants to keep her children busy with some work and some outside time so they're not always "glued to screens."

But it's an odd time off to have, as it's not really a normal vacation.

It's hard to even explain to her parents, who live in Maryland, that they can't come visit — that isolation is necessary, Carter said.

As teachers, Gallon, Danielson and Carter are all getting paid while schools are closed, but an extension could affect finances in the future.

Carter's husband works in a car dealership in Owings Mills, Maryland, and, unlike teaching, it's a nonunion job, she said.

"I’m pretty nervous about what happens when they inevitably tell him not to come in," she said, adding that he also had a night job at FedEx, which was giving them supplemental income, but he quit because of worries about the spread of the coronavirus.

Lauri Lebo, spokeswoman for the Pennsylvania State Education Association — the union that represents educators across the state — said many workers will be paid over the break. 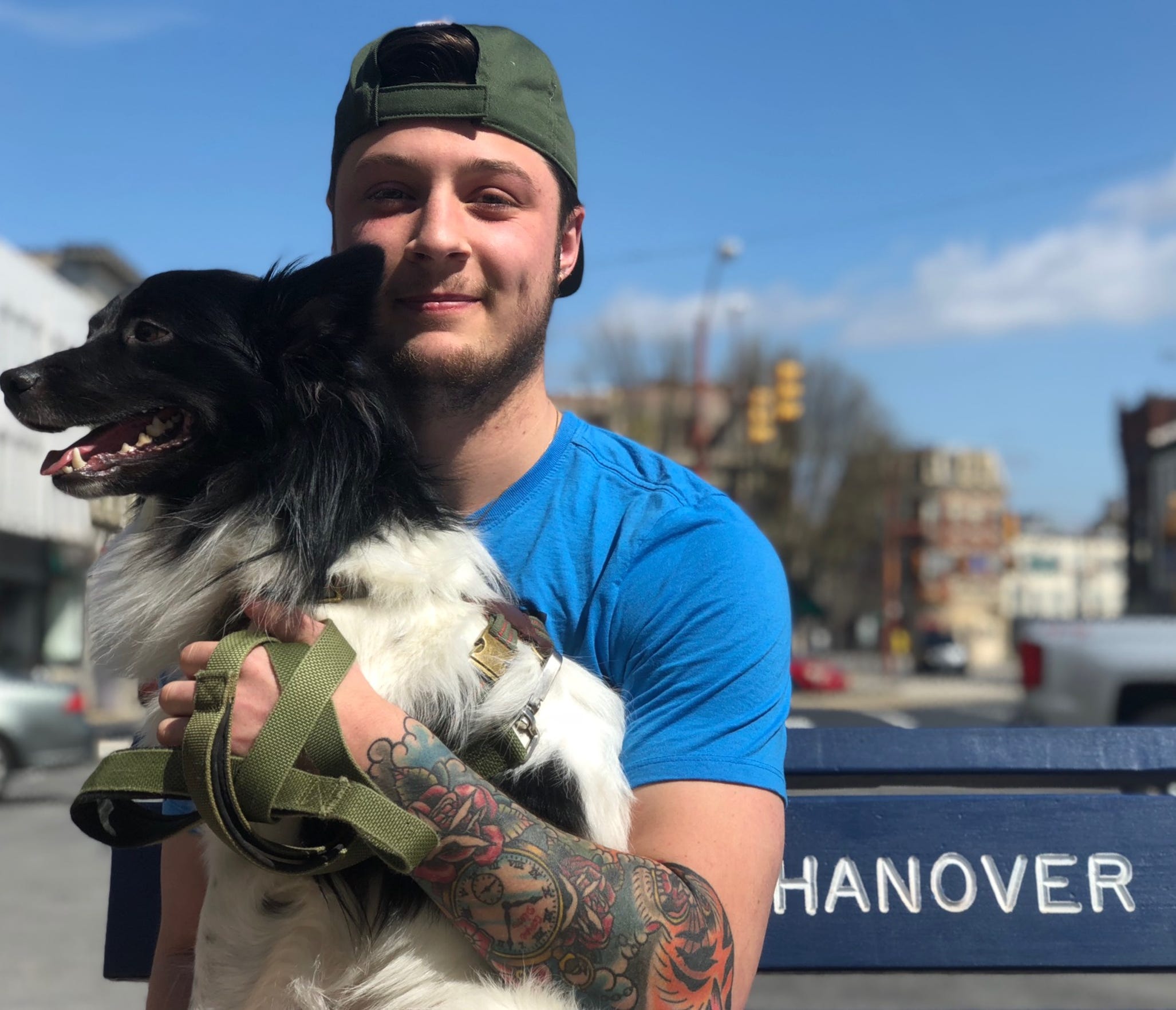 Jonathan Volee, 22, is out with his dog, Kedo, in Hanover on Tuesday, March 17, a day after Gov. Tom Wolf ordered many businesses shut down to prevent the spread of coronavirus, now a global pandemic.
(Photo: Lindsay C. VanAsdalan)

"We appreciate that York County school districts are looking out for their custodians, cafeteria workers, paraprofessionals, secretaries, instructional aides, and other staff —many of whom are living paycheck to paycheck," she said in a statement.

But not all workers might fare so well while businesses are shuttered across the state.

Danielson, who is also running for state Senate, realizes that what might be inconvenient for her could be make-or-break for others. She said she can't justify fundraising calls when people don’t know where their next paycheck is coming from.

"For a lot of people, it’s kind of sort of like the buildup to when everything comes crashing down," Carter said.

Freelance or hourly workers, or those not able to work from home — once they've used up their emergency funds, they'll have to get selective about what they can and can’t pay, she said.

This includes if their job temporarily closes or goes out of business, if hours are reduced, or if their employers tell them not to work, among other things. They can apply online at uc.pa.gov.

Whether it's an extension of school closures or overall coronavirus mitigation efforts, residents are anticipating measures will last much longer than two weeks.

Jonathan Volee, 22, was out with his dog Kedo, a sheltie, on Tuesday.

"It is kind of scary," he said of the shutdown, as he didn’t expect store supplies to be bought up so quickly or so many businesses to shut down as soon as they did.

Though he’s not sure what the future will hold, he recalls a recent podcast from UFC commentator Joe Rogan, in which he interviewed infectious disease epidemiology expert Michael Osterholm.

"I keep telling people we’re handling this like it’s a corona blizzard, two or three days, and we’re back to normal," Osterholm said.

"This is a coronavirus winter," he added, saying he expects it could last three months, six months or longer.

'We're not isolated, look at us': York County residents adjust to social distancing