The board last month made the decision to go forward with the field but did not want to put that burden on the taxpayers. 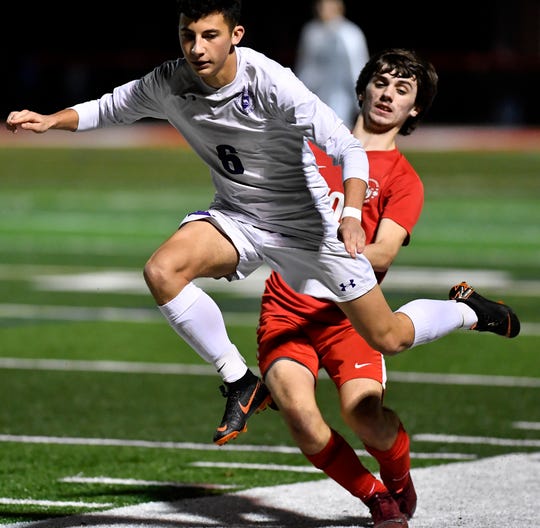 Northern York County School District is well on its way to raising $1.2 million for a new turf field, according to district officials.

The school board October voted to go forward with the field — which had been sought-after in the district for many years — but only if the cost burden wouldn't fall to taxpayers.

Instead, members opted to set a $1.2 million fundraising goal, which would cover the cost difference between installing turf and replacing the grass field, said Superintendent Eric Eschbach.

The idea of installing a synthetic turf field behind the high school stadium for soccer, field hockey and lacrosse has been circulating in the district for years, according to Eshbach.

Supporters of a turf surface field have said there's a dire need in the district, citing heavy rains last year that left the district’s grass field unplayable and unsafe.

The total estimated cost of the project ranges from about $1.7 million to $2 million, and bids are expected April. The plan is to have a turf field installed by August in preparation for fall sports.

Efforts kicked off in November, and as of Tuesday, Nov. 19, the district had already raised about $455,000.

That money is coming from individual donors and local businesses. The district also intends to apply for a Redevelopment Assistance Capital Grant through the state’s Office of the Budget in January.

The cap for the grant is $3 million, and the district would pay half while the state would match the other half.

Eshbach said the RACP money could fund other needed upgrades to the natatorium and lights at its high school football stadium, Robert F. Bostic Field, which also has a grass field,  should the district secure the grant and its local match.

Another fundraising opportunity is local business Faulkner Subaru Mechanicsburg's  “Share the Love” promotion, which has partnered with five nonprofits.

Car buyers can choose which nonprofit they would like to support. Northern’s Polar Bear Foundation is the only educational foundation in the mix.

“If you can just get behind this and embrace it and get the word out there to as many people as you know, as many local businesses," board member Greg Hlatky said to fellow members, 100 donations of $100, for example, is a lot of money.

Hlatky began listing other projects the money could help support, and board member Mike Barndt chimed in with his own wish, a light switch at the baseball field.

“If the Polar Bear Foundation blows through its fundraising goal for the turf field, it’s going to use all that other money for other athletic capital projects,” Hlatky said.