On the list of prohibited actions is sharing personal information, giving gifts, friendship with students in-person or online and giving rides. 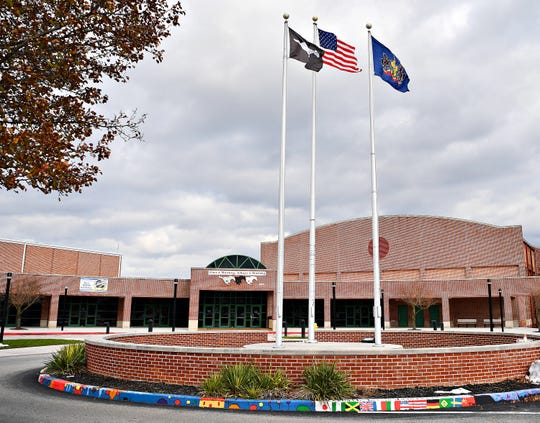 The Maintaining Professional Adult/Student Boundaries Policy 824 spells out boundary-blurring behaviors that could be a precursor to sexual misconduct, which would violate professional boundaries.

For example, on the list of prohibited actions is sharing personal information, giving gifts, friendship with students, in person or online, and giving rides to students.

District solicitor Gareth Pahowka brought it up at a recent presentation before superintendents at Shippensburg University several weeks ago, he said.

It's not being considered because of anything inappropriate that happened at South Western, but rather it's a proactive approach, said Superintendent Jay Burkhart.

"It’s a topic that tends to come up, and more and more often in the age of social media," Pahowka said, because people are interacting in ways they never did before.

Sexual assault and boundary-crossing has always been present in schools, but in more recent years, the "Me Too" movement helped bring more awareness to its prevalence in any environment.

Policy 824 was created by the Pennsylvania School Board Association around 2014 after updates to the state's Educator Discipline Act that added boundary-blurring behaviors. The goal of the policy was to flesh out what types of behaviors would need to be reported under the law.

More: The Year of #MeToo

"It’s not intended to be a rigid black-and-white prohibition, Pahowka said, noting the policy is supposed to offer guidance, not an exclusive or exhaustive list of do and don'ts.

It's meant to encourage communication for legitimate education reasons and does not prohibit pre-existing personal relationships, such as family friendships with staff or interactions in civic, religious or outside organizations.

"We put some very specific language in there to address exceptions, knowing that this is  a tight-knit community and you have situations where you have teachers who are neighbors with students," for example, said Assistant Superintendent Daniel Hartman.

It would be up to the individual to decide whether or not to report an issue. At that point, the district and its leadership would be bound by state reporting requirements.

Violations of this policy could lead to termination for employees or bar volunteers, student teachers and independent contractors from serving in district schools either temporarily or permanently.

Board member Jay Clouspy questioned how the district would ensure the information was getting to all employees, and Burkhart said it would have to be electronically signed.

"It is the responsibility of the employee, volunteer or student teacher to consult with the building principal if he/she requires clarification of any aspect of this policy," according to the policy draft.

if adopted, the next step will be how to better educate staff and think about additional training to better understand the policy, Pahowka said.

It was approved by the board as a tentative policy on Nov. 6, and Pahowka says typically after tentative adoption, it would come before the board a second time for final approval.