The board will be advertising applications for a new board member. A special meeting to interview potential replacements is scheduled for 6 p.m. Oct. 15. 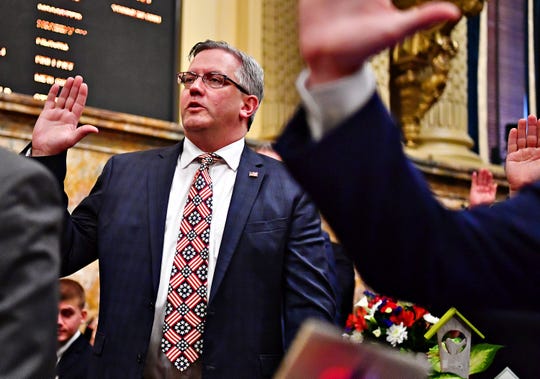 Rep. Mike Jones, R-Dallastown, who was elected in November to the state House of Representatives, announced his resignation from the Dallastown Area school board on Thursday, Sept. 19.

His resignation is effective Tuesday, and the board will be advertising applications for a new board member. A special meeting to interview potential replacements is scheduled for 6 p.m. Oct. 15.

"I think it's the right thing to do," Jones said at the board's monthly business meeting.

He apologized for the inconvenience of his short tenure — about two years — on the board, adding that he had committed to running for school board before seeking state office.

If it were just Dallastown, Jones said, he might have opted to remain on the board, but with multiple municipalities and school districts in his 93rd district, staying could be a conflict of interest.

Board President Ronald Blevins commended Jones for "your passion, your wisdom and your insight," adding he looked forward to having him as a strong advocate in Harrisburg.

"You would never let an organization get complacent," said board Vice President John Hartman. "You ask a lot of questions and force us to think about it and answer them."

Hartman added that Jones also recognized when the district was doing things right and was a good listener.

"This has been just a fantastic experience; I have learned so much," Jones said. "I have a strong belief in business and life in general that you don't get better by people just telling you what you want to hear," he said. 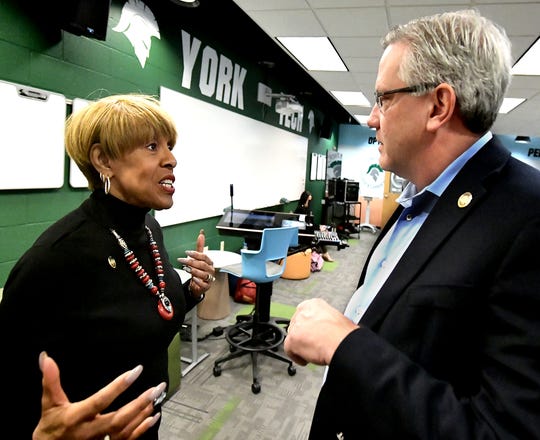 Jones offered the parting challenges of focusing on the needs of the taxpayer by keeping taxes low and doing more to support career and technical education.

Candidates interested in applying for the open position must have been a resident of Region 2 of the district  — Yoe  and the 1st and 2nd Wards of York Township — for one year. Interested candidates should submit a letter of interest and resume to the board secretary at the district office, 700 New School Lane, by 4 p.m. Oct. 3.

The person selected to fill the vacancy will serve the remainder of Jones' term, which runs through December 2021.