“If we had individual buildings looking to raise funds via the web, that would create inequities between buildings,” Van Deusen said.

More York County school districts passed policies limiting crowdfunding this summer, following others that did so back in January.

These policies would limit staff or eligible student organizations in fundraising for school-related purposes through sources such as GoFundMe, the No. 1 social fundraising platform in the world.

GoFundMe kicked off in 2010, and since then it has raised more than $5 billion for various causes, according to the site.

York Suburban's policy, passed by its school board Aug. 19, would prohibit individual employees from crowdfunding on behalf of the district — not including requests for donations using the district's own website or social media platforms.

As the popularity of teacher crowdfunding sites such as DonorsChoose.org and ClassWish.org grew, the need for regulations arose.

Seven months ago, Dover Area and West Shore school districts passed crowdfunding policies that did not prohibit the practice entirely but put parameters on what kind of items could be crowdfunded and how they had to be approved and delivered.

Preventing legal liability in regards to federal mandates on student privacy, ensuring materials get to the proper buildings for record-keeping purposes and making sure they meet classroom and federal standards were among the reasons for the guidelines.

South Western had also passed a policy at that time that eliminated crowdfunding entirely, and South Eastern followed suit on Aug. 15 with a policy prohibiting the practice. 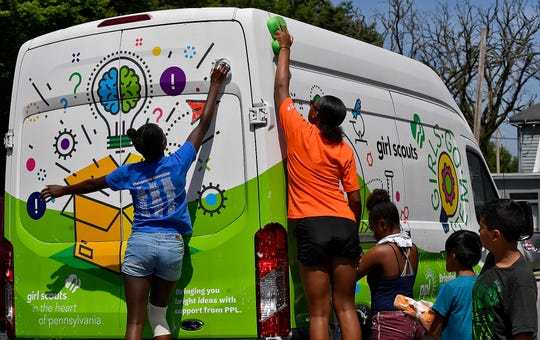 “We still have other fundraising opportunities through (parent teacher organizations), through things like booster clubs,” clubs at high school, etc., he said.

The decision falls under property policies for both York Suburban and South Eastern, so what it will do is make sure each has more consistency between all school buildings.

“If we had individual buildings looking to raise funds via the web, that would create inequities between buildings,” Van Deusen said.

So far, the district's remaining 11 school districts do not have crowdfunding policies.