Knowing that it’s a polarizing issue, some teachers try to be fair by presenting the other side, but that's misleading because there isn't one supported by legitimate science, said Leigh Foy.

A local high school teacher is fighting for better climate change education — a polarized topic that has divided many, including other educators.

The phenomenon — that man-made conditions are warming oceans and elevating sea levels — is recognized by the majority of scientists. But public school teachers face roadblocks when attempting to teach the scientific consensus.

Leigh Foy, a York Suburban High School teacher and adjunct professor at York College, is hoping to change that.

She and her husband, Greg Foy, an analytical chemistry professor at York College, assembled a team and spent more than a decade producing authoritative educational materials about climate science. Their most recent effort has been a more active approach — workshops for middle and high school teachers on how to teach climate science.

They convened a three-day workshop at Lancaster-Lebanon Intermediate Unit 13 in Lancaster this week, Monday through Wednesday. 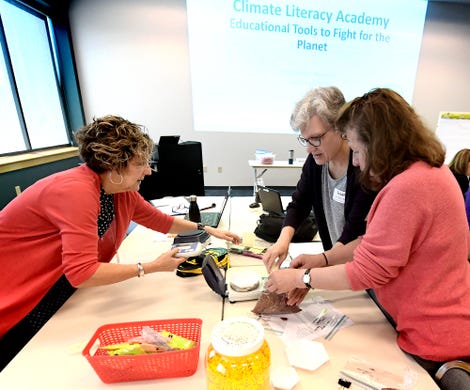 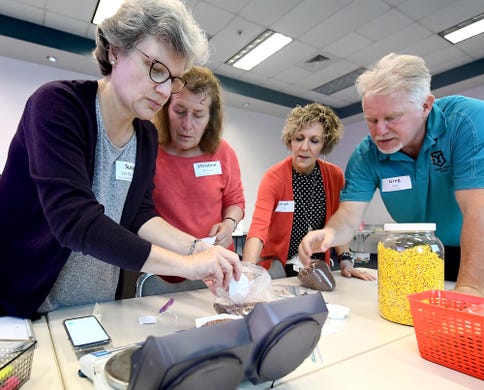 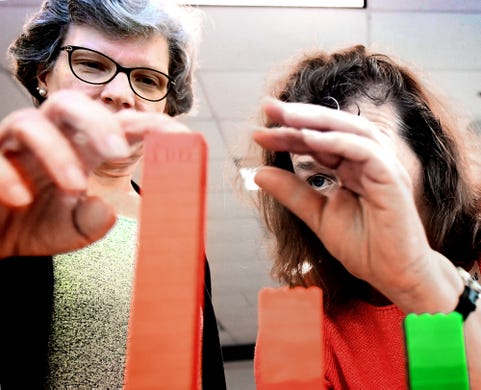 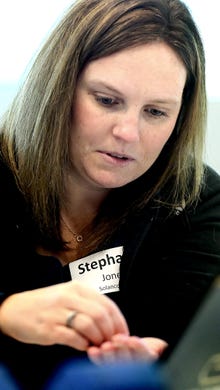 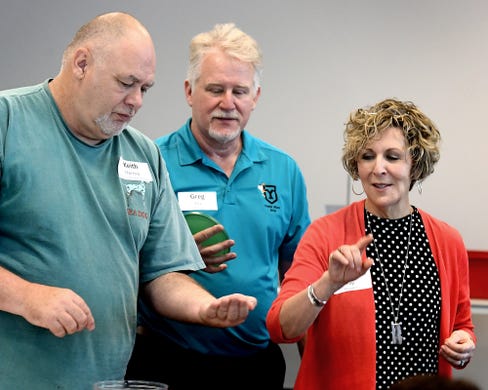 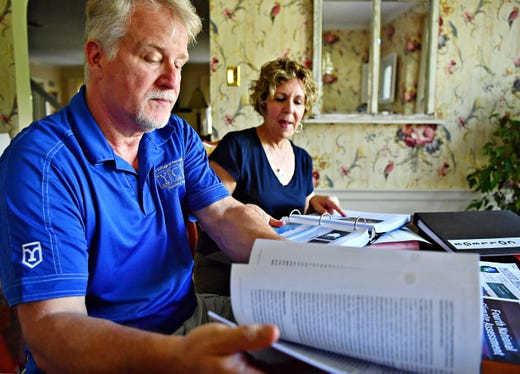 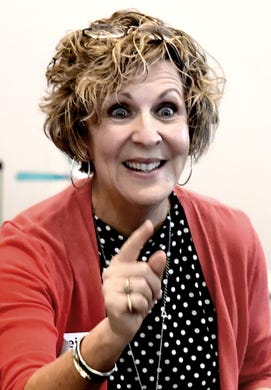 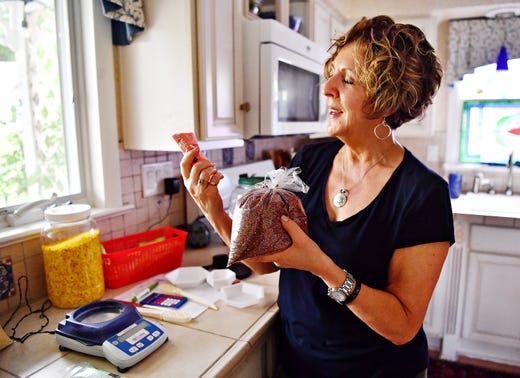 Leigh Foy, a science teacher at York Suburban High School, discusses a demonstration she will use to illustrate the components of air during an upcoming climate change workshop during an interview at her home in Spring Garden Township, Thursday, June 20, 2019. Dawn J. Sagert photo The York Dispatch
Fullscreen 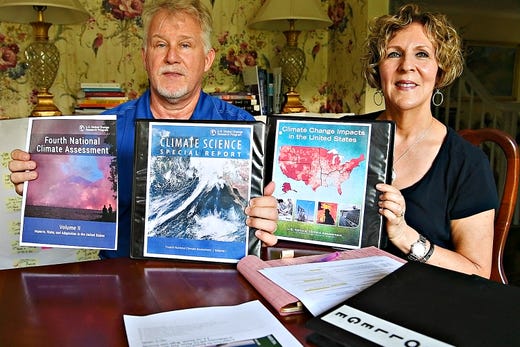 Dr. Greg Foy, left, and his wife Leigh Foy discuss some of the resources they will use for an upcoming climate change workshop during an interview at their home in Spring Garden Township, Thursday, June 20, 2019. Dawn J. Sagert photo The York Dispatch
Fullscreen 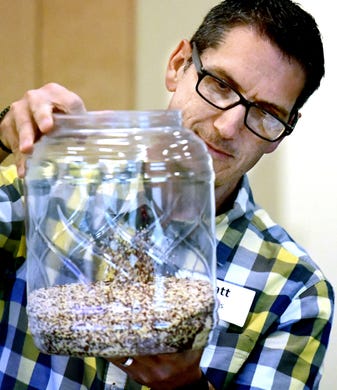 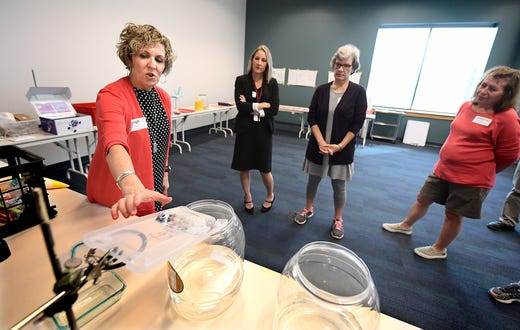 Jessica Tipping, who teaches chemistry at Solanco High School, in Lancaster County,   attended the forum with the aim of bolstering her own understanding of the controversial topic.

"I needed to gain more knowledge so I could feel confident introducing it into my class," she said.

Climate education is not a given in classrooms, and there's often misinformation, the Foys said.

Knowing that it’s a polarizing issue, some teachers try to be fair by presenting the other side, but that's misleading because there isn't an opposing side supported by legitimate science, said Leigh Foy.

One text distributed this year to high school teachers throughout the country said climate change was "not settled." It was published by Heartland Institute, a conservative organization linked to Big Oil, she said.

In fact, 97% of peer-reviewed studies attribute climate change to humans, and the other 3% don’t have an opinion — but none refute it, Greg Foy said.

He said policy is where there is room for debate. The science is conclusive. 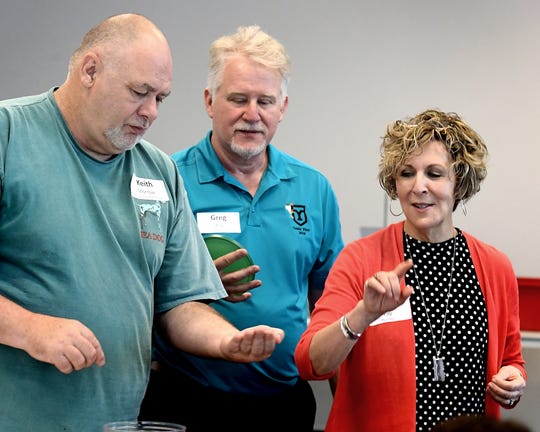 Greg Foy's colleague and workshop team member Keith Peterman began taking college students from around the world to the United Nations Conference of Parties on climate science in 2010.

Other students could video conference remotely. One time, when her York Suburban High School students were watching through Skype, a student protest broke out in South Africa, said Leigh Foy.

"Learning about it when you're 20 — that might be too late," he said, because students would already be predisposed toward certain opinions.

"At the end of the day, it's for the better," said York Suburban junior Nick Richardson. 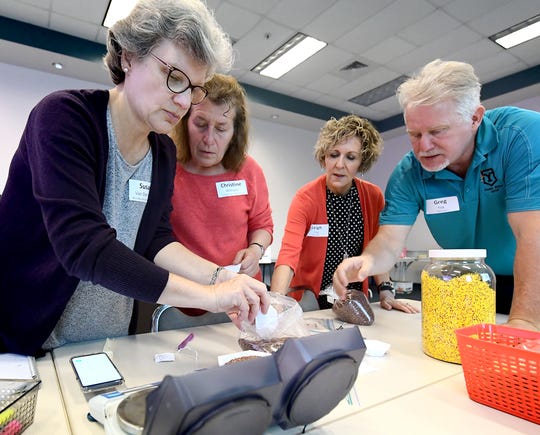 Peterman said his York College students recognize the problem and the need to solve it — which was not the case five years ago —  and that most criticisms of climate change education come from older generations.

"What about the economy — that's the biggest one," he said, noting that had been an issue with political leaders such as U.S. Rep. Scott Perry, R-Carroll Township.

Although Pennsylvania joined the U.S. Climate Alliance in April, nothing has been done statewide to change education standards.

Pennsylvania is one of eight states to not have adopted or developed its own standards based on the Next Generation Science Standards or Framework for K-12 Science Education, according to the National Science Teachers Association website.

Rick Levis, press secretary for the state Department of Education, said climate change is not explicitly stated in state standards but that the “Humans and the Environment” subsection lends itself to those discussions.

He said in an email that updating science standards will be a priority in the coming years and that Gov. Tom Wolf supports adding accurate information about climate change.

More: EDITORIAL: Adding up the cost of climate change in Pa. 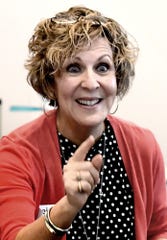 At York Suburban, Leigh Foy lucked out with the freedom to add to her curriculum.

“My superintendent told me to speak the truth,” she said, adding that her administration has been very supportive.

Three of Leigh Foy's students — Richardson, Sierra Noll and Caitlin Springer — said other students have been very receptive to the teaching. The three have made lifestyle changes in regard to climate change — even saying they'd join global student protests.

But their teacher also recognizes the challenges.

One student raised his hand and said he didn't trust NASA as a source on climate change because he believed the moon landing was faked, Leigh Foy said.

But she had a way of addressing that issue without attacking his beliefs, saying "we all have filters" for trusting information, and that one did not pass his. 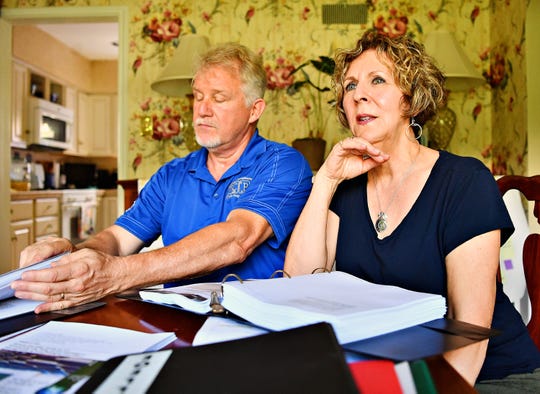 Regarding teachers, the goal is to help them realize climate change is interdisciplinary because there's a perception among them that it doesn't fit into their classrooms, she said.