All but four of the following York County school districts are proposing a tax increase in their budgets next year. 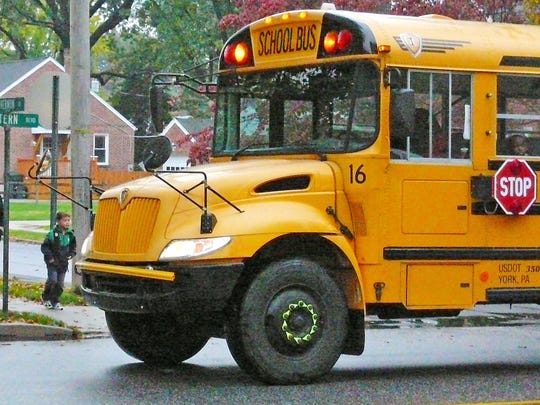 A majority of York County school districts have proposed tax increases next year.

Below is an updated list of York County school district 2019-20 preliminary budgets, with information on when each district board will vote on its final budget. The public has 30 days to review advertised proposed budgets before final passage.

A budget breakdown for the following districts can be found in these linked stories: Central York, Dallastown Area, Dover Area, West York Area and York Suburban.

All school districts in Pennsylvania must pass a balanced budget for 2019-20 by June 30.

Preliminary approval was given by the board April 16, and a vote on the final budget is scheduled for May 16.

The district is scheduled to vote on the final budget May 13.

This year, the district had a 0.16 millage increase, and the board is considering a similar increase next year to plan for possible high school renovations. If approved, it would mean about $20 more on the average taxpayer bill, said Director of Operations Brian Geller.

Northern York County: Preliminary budget numbers include about $49.2 million in revenue and about $51.7 million in expenditures for a projected deficit of about $2.56 million, which would be covered by its fund balance, according to a March presentation.

The district is proposing a 2.9% increase to the adjusted Act 1 index, meaning millage would increase to 17.4716. Northern York has an estimated 1% increase of assessed real estate value for each of the next two years.

The preliminary budget is scheduled for a vote at the board's May 23 meeting, and the final budget is up for approval June 27.

Red Lion Area: A preliminary budget of $93.1 million with revenue of $90.1 million leaves a deficit of $3 million, which would be covered by the district's fund balance, Chief Financial Officer Tonja Wheeler wrote in an email.

Wheeler added that the preliminary budget includes no tax increase, keeping millage at 22.2791.

The preliminary budget was approved March 21, and the final budget is scheduled for a vote May 16.

Southern York County: The district's proposed 2019-20 budget includes about $56.45 million in revenue and about $57.95 million in expenditures for a deficit of $1.5 million, which would be covered by its fund balance. Tax millage would remain at 19.39, with no increase for next year.

It was approved by the board April 18, and the final budget is scheduled for a vote May 23.

South Eastern: Projected expenditures are about $55.3 million — about $1.43 million more than revenue, which the district would cover with its fund balance. No tax increase is included in the proposed budget.

The preliminary budget was approved April 4, and final budget adoption is scheduled for a vote May 16.

The budget was approved at the board's April 24 meeting, and the final budget is scheduled for a vote June 12.

Spring Grove Area: Expenditures in the proposed budget are about $73.7 million — about $4.58 million more than its projection of about $69.2 in revenue.

The district would deplete about $4.2 million of its fund balance to help cover the deficit and increase taxes to its maximum adjusted Act 1 index of 2.9% to 23.7586 mills — a $66.96 increase on the average taxpayer bill, according to a March budget presentation.

It was approved April 8, with final budget adoption scheduled for a vote May 20.

Based on the most recent expenditure figure and updated revenue, the district would see a deficit of $907,073.

The district stretches across both Cumberland and York counties, and millage rates are 11.9457, reflecting a 2.58% increase and 14.7051, reflecting a 2.09% increase, for 2019-20, respectively. York County homeowners would have an average tax impact of about $60.22 more on their monthly bills, wrote spokeswoman Rhonda Fourhman in an email.

The preliminary budget is scheduled for a vote May 8, and the final budget would be up for a vote June 13.

York City: The district is scheduled to give its preliminary budget presentation on May 20, which would have no tax increase, according to spokeswoman Erin James, and vote on its approval. The final budget is scheduled for a vote June 19.