Board President Margie Orr read a resolution that would appoint Berry to a five-year term beginning July 1.

Andrea Berry reinforced her commitment to York City students after two years as assistant superintendent, stressing that if they are going to have pride in themselves, "we have to keep telling them over and over."

"So whenever you hear me around the school district," she said, addressing the community, "I’ll be saying, 'you can’t hide', and you all will be saying, 'that Bearcat pride.'"

In a larger board meeting than usual, community members and students gathered in the William Penn Senior High School cafeteria Wednesday, April 17, to welcome Berry as incoming superintendent of the district. 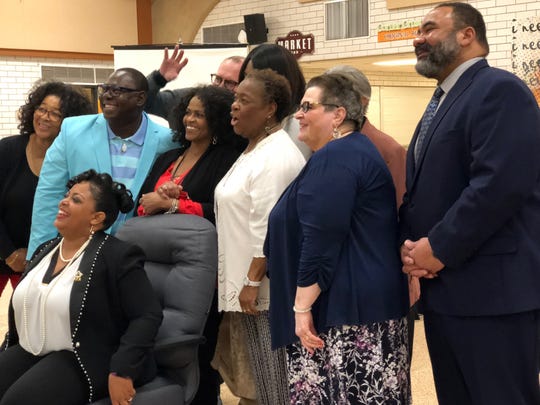 Board President Margie Orr read a resolution  to appoint her to a five-year term beginning July 1, and the board unanimously  approved it.

In selecting a replacement for Superintendent Eric Holmes, who will retire June 30, Orr said the board did not have to put out a search "since in fact we had the best right here at home," she said.

"She was eager and willing to help Dr. Holmes after a two-year lapse in having an assistant get the board back on track," she said of Berry joining the district in 2017.

Orr added that Berry has not wavered in her duties since then, also showing great strength in leading the district while Holmes was on medical leave earlier in the school year.

Berry said the appointment did not come as a surprise to her because she knew the most important factor in choosing a new superintendent was consistency in implementing the district's financial recovery plan.

"A lot of times when you get new superintendents, they come in and they put their own spin on the district," Berry said. 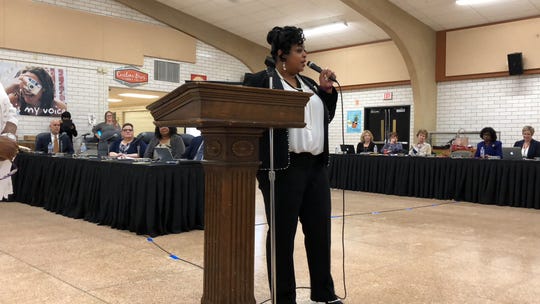 Though the district could be released from its recovery status this summer, she said it would still be monitored, and therefore required to follow the plan, for five years. To ensure success, the board wanted a candidate who had been involved in the meetings and mentored in the execution of the plan.

Berry thanked the board and administration for the support, especially Holmes for helping her transition to the district and for his mentorship.

"Still to this day, he’s making sure that every duck is in a row and I know everything that he knows, and then some," she said. "I will work hard to help us to continue to move forward."

Holmes said he plans to make further comments on Berry’s appointment in June, but he did not wish to say anything on Wednesday. “It’s her night,” he said.

Berry received a bracelet engraved with “Superintendent Berry” from the principals, supervisors and directors, and she said the staff and community who came out to celebrate with her are like family. 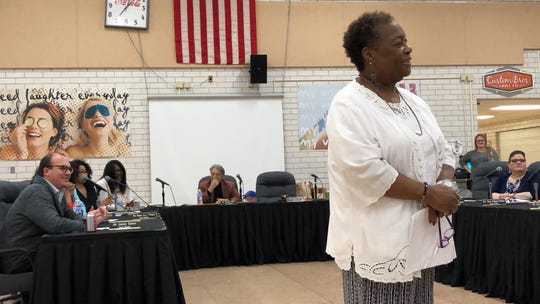 She also gathered with fellow members of her Alpha Kappa Alpha sorority — the first African American sorority, created at Howard University in 1908 — to sing its theme song, which talks about sisterhood and togetherness and community work, she said.

She’s looking forward to meeting more people in the community this summer and partnering with them to help students.

“I love the children, and I love what they stand for,” Berry said.