If approved, the 5-year contract will run from July 1 through the end of the 2023-4 school year. A vote could come as early as the district's Monday action meeting. 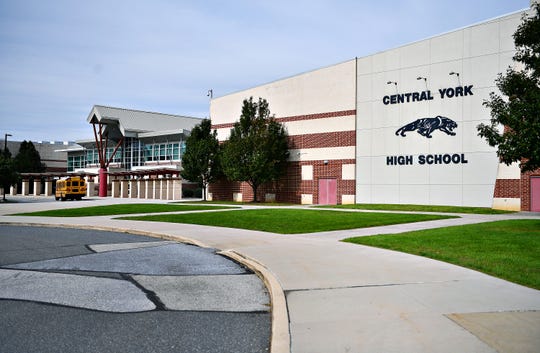 Central York School District is considering a switch to the same bus company used in West York schools, which recently received multiple complaints from parents about failures to control bullying.

If approved, the five-year contract with Reliance Student Transportation would run from July 1 through the end of the 2023-24 school year. A vote could come as early as the district school board's Monday action meeting.

The reason for the switch from Durham School Services is a recent reduction in Durham's local market share — which makes it much harder to find other drivers when there's a shortage, according to the district.

Reliance is based in York County, and other pluses include driver training, route support, strong safety history and a brand new fleet — which should increase the state subsidy by about $40,000, said Ryan Billet, who oversees transportation at Central York.

Two other local districts — Dallastown Area and York Suburban — also use the company for bus services.

At Central York's planning meeting Feb. 4, board Vice President Gregory Lewis asked if there was any concern over bus monitoring, given the company's history with West York Area School District.

But Billet said he was not worried about similar issues occurring in his district if Reliance came aboard.

"The job that our bus drivers have … it is one of the most challenging jobs in all of public education," he said. "The responsibility is huge."

But he said it's also the district's responsibility to establish policies and practices — such as Central's monthly safety task force for drivers to share concerns — and ensure administration is responsive and communicative to families in  case of any problems.

West York: Parents and supporters of West York students  convened Jan. 28 at Leg Up Farmer's Market to share stories of bullying   — galvanized by a December bus incident in which 10-year-old Ted Grove was allegedly punched by his classmates.

Several others spoke out at that meeting about a lack of control on the district's buses, citing ongoing issues and, in some cases, a lack of response from drivers.

Drivers in the West York school district are now required to report all incidents, and administration and bus management are meeting monthly to discuss proactive measures such as bus monitors and disciplinary training for drivers.

Two Central York board members — Veronica Gemma and Jane Johnson — attended the Jan. 28 meeting, which included complaints about ongoing bullying issues and a perceived lack of response from the district.

Gemma asked her fellow board members on Feb. 4 how the district can make sure its students are getting the help they need the first time they report.

If a student is going to get punished for fighting back and defending himself, "I have a problem with that," she said.

The district's mental health committee organized the summit — a chance to hear input from parents, students, teachers, support staff, the board and community members.

"When I’m looking at some of these results, I’m seeing things that sort of do resonate a little bit with what we see in West York," Johnson said.

For example, though 100 Central York students said they were bullied this year, more than 60 percent of them said they did not report it.

About half of the more than 600 respondents said they witnessed bullying, but only about 42 percent of them reported it — and only 35 percent who reported cited improvement.

"We have to keep reminding kids, if you aren’t taken care of first ... we need to keep advocating for you until we get it fixed,”  Assistant Superintendent Robert Grove said.