The proposed budget of nearly $29 million was approved by Joint Operating Committee (JOC) members on Nov. 30 and now heads to the 14 member district school boards for ratification. 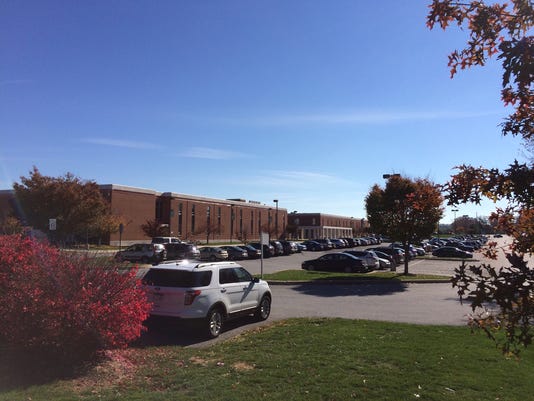 The proposed budget of nearly $29 million was approved by Joint Operating Committee members Nov. 30 and now heads to the school boards of the 14 member districts for ratification.

The rise is mostly because of salary raises and an increase in contributions to the state's Public School Employee Retirement System, which has risen 10 percent since last year’s budget.

The Joint Operating Committee trimmed the proposed average increase for districts from 3.06 percent to 2.42 percent by using about $225,000 from a health fund to help cut down the $595,000 deficit, according to business manager Jon Boyer.

More buses: The school will spend an additional $100,000 for two more school buses next year.

The issue of long bus rides for students in rural areas has been a concern of committee members for years, according to York Tech’s Eastern representative, Darvin Shelley.

He said participating school district superintendents met ahead of the vote and recommended the committee members include the additional school buses in the budget to serve students in southeastern areas of York County.

Board members have brought up the issue for years, Shelley said. Some students have one-way rides to the school that take as long as two hours.

A district's payment to the technical school is based in part by how many students it sends to the district, as well as the property value of the school district.

Performance: York Tech has seen a steady level of enrollment in the past several years, and its academic performance has risen substantially.

In its most recent School Performance Profile, York Tech received a score of 85.8 — its highest score ever — along with its highest cohort graduation rate in at least four years, according to the state Department of Education.

School boards from the 14 participating school districts will vote on the preliminary budget in meetings taking place in December and January.

Ten districts must approve the budget for it to move toward finalization in the spring.