Although Chairman Robert Hollis was not present at the meeting, Vice Chairman Michael Miller and members Franklin Williams and Benjamin Michael agreed to the requests presented by Jeremy Frey from Barley Snyder Attorneys on behalf of the school.

The special exception was to build an educational facility. To secure a variance, an applicant needs to prove a hardship in meeting the zoning codes. The academy's variances included:

The original building used to house the Pensupreme Dairy, so it was not intended for a school. York Academy plans to demolish the building to construct its high school, which the charter plans to open in 2018.

In their presentation, Frey and Dennis Baughman, the chief executive officer for York Academy, explained that while they do not anticipate exceeding the existing footprint, the final building has not been decided on, so the variance was requested just in case.

As for parking, the city's zoning ordinance requires 62 spaces, but the school requested this be dropped to 57 spaces because of a lack of space. Finally, zoning code requires a 20-foot minimum setback, but the construction of the school might require more space, so York Academy requested a setback of 10 feet be allowed. 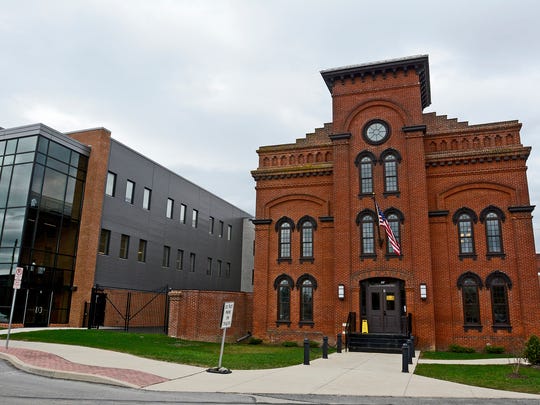 In the board's discussion, Williams was overwhelmingly in favor of the school, and Michael agreed.

"We should recognize this as a tremendous asset for the city," Williams said. "What's not to like here?"

After the meeting, Baughman expressed his satisfaction with the decision.

"I'm very pleased," he said. "This is a tremendous job for the neighborhood."