A Dover Township man is accused of tasing officers after resisting arrest on Saturday, according to Pennsylvania State Police. 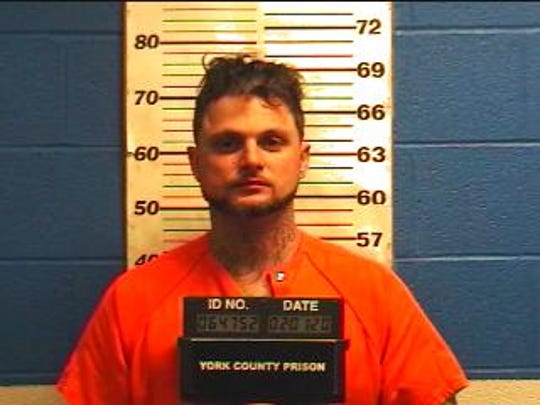 A Dover Township man is accused of tasing officers after resisting arrest on Saturday, according to Pennsylvania State Police.

Scott Orvis, 37, is charged with several counts of felony aggravated assault and two counts of disarming a law enforcement officer.

State police responded to the incident around 1 a.m. Feb. 1 in the 100 block of South Pine Street in Red Lion.

Orvis instigated a fight with another man after that man dropped off Orvis' girlfriend at her house, according to court documents. Orvis wouldn't let the man leave the driveway and punched him in the face, police said.

Troopers were dispatched to the house, but Orvis refused to open the door for them. His girlfriend unlocked the door for police, but Orvis tried to hold it closed from the inside until police eventually got through, according to charging documents.

Orvis began resisting the troopers, who tried to use a Taser on him, according to police.

Orvis grabbed the Taser and used it on a state trooper, hitting the officer in the right shoulder. Orvis continued deploying the Taser and almost hit another trooper in the head, police allege.

Orvis smelled like alcohol when he was arrested, according to court documents. In his car were two open cans of beer, and in his house was a 16-pack of beer with four remaining, police said.

Orvis also is charged with driving under the influence of alcohol, two counts of simple assault, two counts of recklessly endangering another person and resisting arrest, all misdemeanors. He's also charged with three counts of harassment, disorderly conduct and prohibitions in specified places, which are summary offenses.