"You have taken so much from me," Nicholas Bonsall's teen sexting victim said in court. "I just want my life back ... the way I was before." 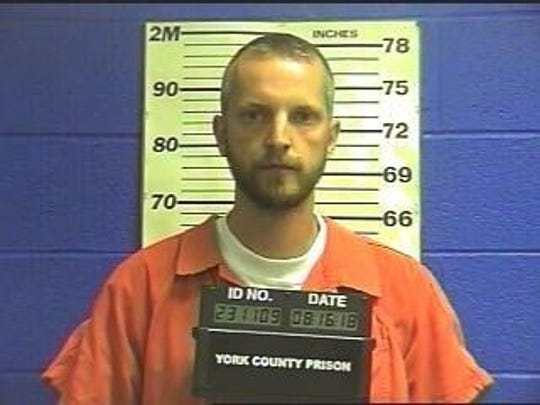 A former Baltimore County detective who spent time in prison for "sexting" the 16-year-old neighbor with whom he was having an affair has been sentence to about a year in county prison for committing more crimes against her.

Nicholas Bonsall, 42, formerly of Jackson Township and West York, was sentenced Monday, Nov. 25, to a year minus a day to two years minus two days in York County Prison, plus five years of probation.

He was given about four months' credit for time served. He has been locked up since August 2018 on a probation violation for continuing to see the underage victim from his first criminal case.

The sentence handed down Monday was the agreed-upon punishment when Bonsall pleaded guilty Aug. 26 to the second-degree felony of unlawful contact with a minor for the sexting, as well as the first-degree misdemeanor of corruption of a minor.

He couldn't immediately be sentenced in August because state law requires he undergo a sexual offender evaluation by a state board as part of Megan's Law prior to sentencing, to determine if he should be deemed a sexually violent predator.

The state board once again determined that Bonsall should not be given the sexual-predator designation, according to court records.

The background: None of the charges the second time around was for Bonsall having sex with the teen, since the legal age of consent in Pennsylvania is 16. Rather, each charge was tied to Bonsall possessing sexually explicit photos of the girl and encouraging her to send him those photos, according to court documents.

It's an exchange known as sexting.

Bonsall's first criminal case in York County also was for sexting back and forth with the girl, for which he pleaded guilty in January 2018 and was sentenced to three to 23 months in York County Prison, followed by three years' probation.

After Bonsall served his time and was released, he moved from Jackson Township, where he had lived with his wife and children, to an apartment in West York.

More: Ex-cop back in jail for illegal tryst with teen sexting victim

York County probation officers found his teen victim during an unannounced visit to Bonsall's apartment on Aug. 15, 2018, and found her clothing strewn around the home, including in his bedroom, according to court documents.

"They had numerous consensual sexual encounters, and Bonsall told (her) to send him sexually explicit photos of herself," documents state.

"Bonsall promised (the teen) they would get married and have children," court documents state.

'Groomed' orphan for sex: He and the teen sent each other nude photos, as well as sexually explicit texts, documents state. 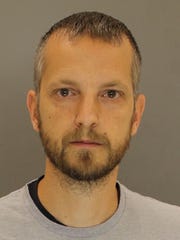 Bonsall's probation-violation petition noted the girl is an orphan and states Bonsall "took advantage of that emotional void and abused his position of authority" by targeting her for sex and "grooming" her.

He was a detective first class and had been with Baltimore County Police for 15 years when he was arrested the first time. He was fired after the charges were filed.

His teen victim wrote an impact statement for Bonsall's 2018 sentencing hearing, saying she believed he was a good man and that "everyone deserves a second chance."

Change of heart: But the young woman — who was still 17 when Bonsall was released from county prison and resumed having sex with her — had very different things to say about Bonsall when she spoke in court Aug. 26 at his guilty-plea hearing.

"I once trusted you. I really did believe you were a good guy ... I believed you cared about me," she told Bonsall. "You were the first person I ever loved."

The young woman said she's sick of hearing neighbors' hateful comments toward her.

"I'm tired of getting blamed for it every time I walk down the street," she said. "I am tired of everyone saying it's my fault."