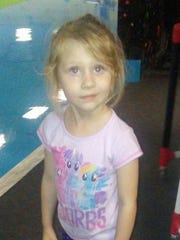 Dakota Wright, 4, was fatally struck by a hit-and-run utility van outside her Hanover home on Nov. 22, 2016. (Photo courtesy of Ginger Wright and Facebook) (Photo: Submitted)

Jurors needed just about five hours to find Tony Brent Shower Jr. guilty of hit-and-run for fatally running over 4-year-old Dakota Wright on a Hanover street, then fleeing the scene.

Dakota's parents remained silent after hearing the verdict, but tears filled their eyes and, in the case of Ginger Wright, spilled down her cheeks.

Shower, 35, now of York but previously of the Hanover area, remains in York County Prison awaiting sentencing, which is set for Jan. 3.

He is guilty of accidents involving death or personal injury/hit-and-run and driving under the influence. A summary offense of driving with a suspended license was dropped after the guilty verdict was announced.

Minimum 3-year sentence: The hit-and-run charge is a second-degree felony that carries a mandatory minimum sentence of three to six years in state prison and a maximum possible sentence of five to 10 years, according to first assistant district attorney Tim Barker.

Barker said he was pleased with the verdict, but he declined to comment further until after sentencing.

Public defender Eric Wayne White left the courtroom and could not be reached for comment Friday.

Dakota, who lived in the 200 block of Princess Street in Hanover, had arrived home with her older sister at 7:09 p.m. Nov. 22, 2016, when she was fatally struck by the hit-and-run van in the road, trial testimony revealed. 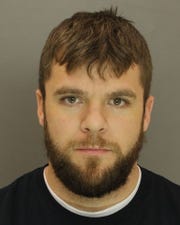 The van, which was going about 22 mph, never slowed before hitting her and didn't slow afterward, according to Barker.

Prosecutors' trial evidence included the fact that DNA from blond hairs embedded in the headlight assembly of a white utility van matched the maternal DNA lineage of Dakota's family and that the zipper pull on her My Little Pony jacket scratched the van's bumper.

Barker also maintains evidence shows that Dakota's jacket left a clothing transfer on one of the van's tie rods.

Smoked crack all day: The van was owned by a friend of Shower's, Stephen Gambal III, who testified he and Shower had been driving around all day prior to the hit-and-run, smoking crack cocaine. Shower also did heroin, Gambal told jurors. 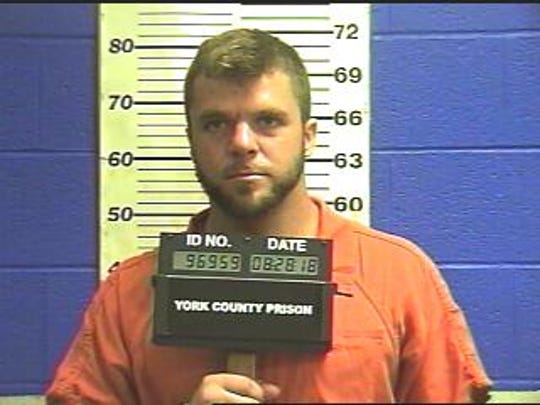 Gambal testified that about 7 p.m., he waited in the parking lot of a local bar while Shower drove Gambal's van to go buy more drugs. When he returned about 20 minutes later, he told Gambal to take over driving again, according to Gambal.

Officers from two different police departments separately pulled over the van, since 911 had broadcast a description of it. The first officers ended up letting the van go because Gambal appeared sober and, in the dark, officers were unable to see any damage related to the hit-and-run, according to testimony.

The second time the van was pulled over, Gambal was alone in the van. By that time, he had dropped off Shower and had smoked more crack cocaine, he testified.

West Manheim Township Police arrested Gambal on suspicion of driving under the influence of alcohol and impounded the van. When it was examined in a lighted garage, the blond hairs and damage were found, testimony revealed.

Blames buddy: Shower didn't take the stand at trial, but he gave three separate interviews to police in which he eventually admitted that he and Gambal had been smoking crack all day. 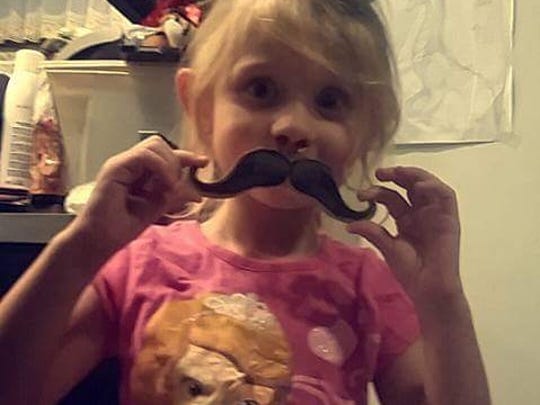 Four-year-old Dakota Wright was fatally struck by a hit-and-run van outside her Hanover home on Tuesday, Nov. 22, 2016. (Photo courtesy of GoFundMe.com) (Photo: Submitted)

After initially denying any knowledge of the hit-and-run, Shower claimed he was sleeping in the passenger seat of the van when he felt or heard a thud, and that Gambal said, "I think I just hit a kid," according to police testimony.

Shower told investigators he fell back asleep after hearing that.

A neighbor of Dakota's also heard the thud and watched the van drive past, according to testimony.