West York 'house of horrors' mother back in prison

Janay Fountain wasn't complying with house rules at the facility where she was living, count officials said.

West York 'house of horrors' mother back in prison 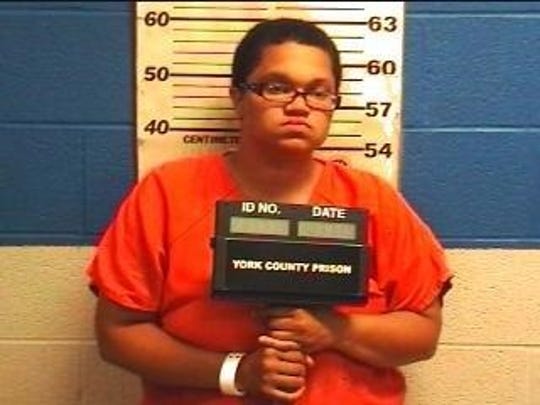 The second of two West York parents accused of creating a "house of horrors" for five of their seven young children is back in York County Prison for allegedly violating bail conditions, according to court records.

Janay Fountain, 26, formerly of the 1300 block of West Market Street, had been free on nonmonetary bail and living at a York-area emotional wellness facility. That was because no family or shelters were willing to take in Fountain, and her supervised-bail conditions required a stable home plan.

Fountain moved to the facility Sept. 4 after being released from the prison, and she promised to abide by the facility's rules and conditions, according to her bail revocation order.

But she had trouble complying with house rules and reportedly was manipulative and untruthful, documents state.

'Declining' behavior: By late October, Fountain's behavior with staff members was "dramatically declining," and on Oct. 28 she left the facility for the day without telling anyone or taking her medication, according to the bail revocation order.

Staff members tried to call her, but Fountain did not answer her phone, court records state.

She later told staffers she would be moving out, according to court records, which state she didn't have permission to do so and had not reported a change of address to her probation officer, according to the bail revocation order.

She will receive services and counseling in prison and her bail status will be revisited later, according to Graff.

Dad locked up too: Ness previously revoked the bail of the father of Fountain's seven children, 72-year-old Charles M. Benjamin, in mid-September. 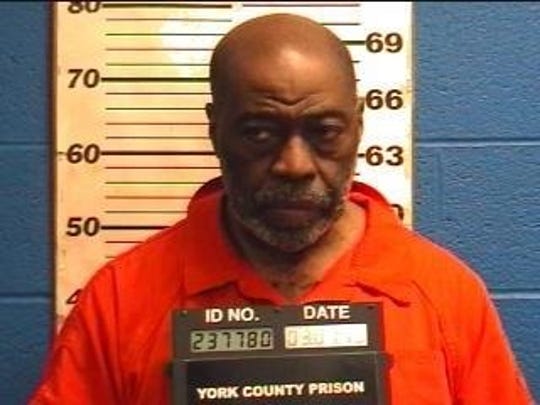 He did so after probation officers alleged Benjamin violated his bail conditions by making threatening statements toward Fountain about "turning state's evidence against him," according to court records.

The couple's seven children, including twin babies whom police did not list as victims of any crimes, remain in protective custody, according to court records.

The couple's five other children — ages 2, 3, 4, 5 and 6 at the time they were taken into protective custody Feb. 6 by York County child caseworkers — are listed as victims in court documents.

Fountain is charged with felony counts of child endangerment for allegedly allowing her children to be abused.

Benjamin is accused of beating the five older children with a wooden board, a belt and a curtain rod — assaults police allege left the children with scars and bruises. He also allegedly kicked some of them while wearing boots, charging documents allege.

Benjamin is also accused of choking one of the children and holding the heads of at least two of them underwater in a bathtub, according to court documents.

He locked the children, in smaller groups, in a room with no bathroom — forcing them to relieve themselves on the floor, according to allegations in court documents, which state the floor was soaked in urine.

Some of the children indicated they were locked in a room during the day and weren't let out until after dark, according to Millsaps.

This home in West York, Friday, March 1, 2019, is where police allege a man and his 25-year-old girlfriend created "a house of horrors" having beaten five of their seven children. Bill Kalina photo (Photo: Bill Kalina, The York Dispatch)

No bathroom breaks? Police have said they found feces behind a radiator in that room, adding it appeared the children had to relieve themselves there because Benjamin wouldn't let them out to use the bathroom.

Millsaps has said that before being taken into protective custody, the older children had never been to school and had limited access to the outside world.

A forensic registered nurse from York Hospital testified at Benjamin's April 3 preliminary hearing that there were multiple scars and bruising on the children's bodies.

She called it "overwhelming to see."

Clarence Allen, Benjamin's defense attorney, has previously told The York Dispatch, "Sometimes things aren't as they appear to be."