Ronald C. Feyerherm and James Robert Walsch Sr. must each pay $27,144.21 in restitution, according to the York County District Attorney's Office. 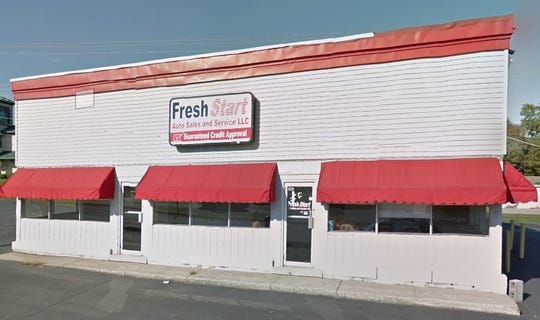 The owners of a West Manchester Township car dealership have pleaded guilty to misdemeanor charges and were sentenced to probation.

Ronald C. Feyerherm and James Robert Walsch Sr. must each pay $27,144.21 in restitution, according to Kyle King, spokesman for the York County District Attorney's Office.

State police filed charges against Feyerherm and Walsch, the owners of the now-closed Fresh Start Auto Sales and Service, alleging they defrauded a number of customers over a roughly two-year period.

The men inflated fees and charged and collected sales tax on nontaxable items, according to police.

Feyerherm and Walsch also rebuilt wrecked vehicles and advertised and sold them as premium used vehicles at their former business in the 900 block of Carlisle Road, according to allegations in court documents.

Feyerherm, 56, of Ephrata, Lancaster County, pleaded guilty in York County Court on Oct. 30 to the first-degree misdemeanor charge of deceptive business practices, as well as to summary offenses relating to violating the state's motor-vehicle code and operating unsafe equipment, according to court records.

He was sentenced to five years of probation, records state.

He also was sentenced to five years' probation, but his probation can be nonreporting, court documents state.

All other charges against the men were then dismissed, records state.

The allegations: Multiple customers reported to police that they were overcharged in purchases from Fresh Start Auto Sales, documents state.

In one case, a customer was told to provide the business with a blank signed check, which he thought was for bank loan payments, police said.

The customer would later find that the check was used for $1,700, which was about $1,000 more than the down payment he agreed to pay, documents state.

Another customer alleged she took the 2007 Jeep she purchased from the dealership to them for a catalytic converter, police said. According to court documents, the box for the new converter was found after service in the back of her car, but it was "obviously not" installed.

Police say another customer was overcharged more than $2,000.

Several employees of the business were cited with summary offenses as well, including engaging in false advertising, being an unlicensed salesperson, misrepresentation of facts and false promise of character, according to court records.