"Everybody's looking at me like I'm a violent person ... just because I had a gun that day," Timothy Pough said. "Like I'm a menace to society." 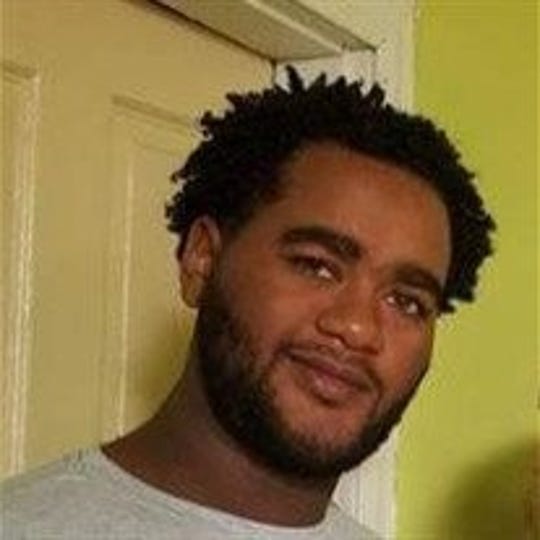 Convicted murderer Timothy Tyriek Pough listened without reaction as the loved ones of his victim tearfully spoke in court. Then, given the chance to speak, he complained about how people now treat him.

One person in attendance for Pough's sentencing hearing on Wednesday, Oct. 30, was the daughter murder victim Elijah Shuler never had a chance to meet.

Elijahrae was born after Shuler was gunned down by Pough, the ex-boyfriend of Shuler's sister.

"He'll never see her off to college, he'll never walk her down the aisle," Shuler's mother, Tessa Agbonifioror, said in court. "She will know him through us."

She described her grief as a heavy weight and spoke of being in "a world of disbelief and shock" — and of having to tell her other adult children their brother was dead.

"I've watched my children in the most pain they've ever felt," she said. "Knowing they were hurting made my pain so much worse."

Agbonifioror described Shuler as loving and playful and known for his bear hugs. The grieving mother then said she wants to forgive but has heard no apology and seen no remorse from Pough, who is known as "Reek" and "Reeko."

"Something is seriously wrong with our society these days," Turner said, noting that although Pough's family took to social media and posted comments such as "Free Reeko," none bothered to attend his trial or sentencing hearing.

'Menace to society': Given the chance to speak in court, Pough eventually apologized, but first complained about how people treated him after the murder. 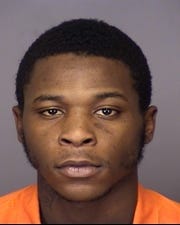 He maintains he didn't mean to shoot Shuler and said, "Only God can judge me." The phrase has become an oft-used cliche by criminals and is the title of a rap song by the late Tupac Shakur.

Pough then said to Shuler's family, "I am sorry. I truly am."

"We need to come together as a community and figure out how we can solve this problem," he said, adding Shuler did nothing wrong. "He was the kind of young man we hope the community will produce."

The judge then sentenced Pough to life in prison and ordered him to pay $9,827.30 in restitution for Shuler's funeral expenses.

The background: At the close of a three-day trial, jurors on Sept. 11 found that Pough fatally shot Shuler about 7 p.m. July 4, 2018, to the rear of Pough's ex-girlfriend's home in the 900 block of West Locust Street.

Shuler, 22, of York City had just parked in a small parking area behind the home where his sister and pregnant girlfriend were awaiting his arrival when a white SUV drove down the alley.

The 21-year-old Pough testified in his own defense during trial, telling jurors he shot at the car but didn't realize anyone was in it.

Ex threatened? From the witness stand, Coleman told jurors she broke up with Pough around June 1, 2018.

Coleman testified that two days before her brother was murdered, she was sitting in her car, with her daughter in the back seat, when Pough walked up to her brandishing a gun and tapping on her driver window.

He told her that when he caught her by herself, "that he was going to kill me," she said.

Coleman was inside the home on Locust Street when her brother was gunned down and was the first to reach a window after hearing gunfire, she said.

The parking are in the 900 block of West Locust Street where 22-year-old Elijah Shuler was gunned down July 4, 2018, by Timothy Pough, the ex-boyfriend of Shuler's sister. (Bill Kalina photo) (Photo: The York Dispatch)

She testified she saw Pough firing and that Shuler was out of the car and trying to flee prior to Pough firing the last shot.

"He tried to run to us," Coleman said. "He tried to tell us Reeko shot him, (then) he collapsed in the doorway."

Pough — who has prior convictions for theft and for flight to avoid apprehension — fled the state after the homicide, police said.

He was captured in Avon Park, Florida, on Oct. 30, 2018, by sheriff's deputies there. That's about 85 miles southeast of Tampa.