Detectives are still investigating a shooting that killed one and injured another in York City Friday night. 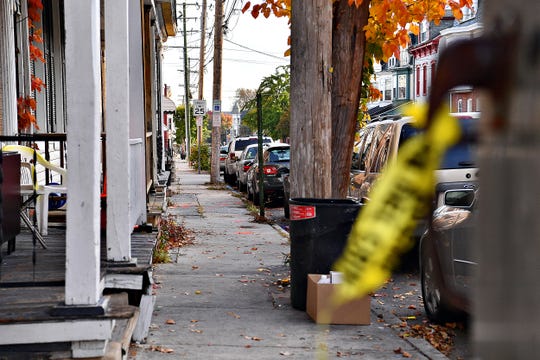 York City Police are still investigating a shooting that left one man dead and another injured late Friday night.

Solomon Moore, who lived on that block, was pronounced dead at the scene, according to police.

Officer Derek Hartman, the department's spokesman, said the two men, cousins, were outside when they were shot. He said they lived in the area.

Investigators believe both men were targeted.

Devon Moore was taken to York Hospital, where he was last listed in stable condition.

Hartman said it's not yet known if more than one shooter was involved in the incident. Both men were shot multiple times.

York County Coroner Pam Gay said Solomon Moore's cause of death was gunshot wounds to his torso and right wrist, with the manner homicide.

Moore's death is the 13th homicide in York City this year, according to Gay. There have been 4 homicides in the rest of the county so far this year.