The sister of homicide victim Luis "Pily" Inoa requested leniency for Chayanne Ramirez. She said the two men were friends. 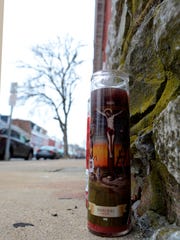 A man was found shot to death at S. Duke and South Streets early in the morning Sunday, April 15, 2018. John A. Pavoncello photo (Photo: The York Dispatch)

A York City man who unwittingly shot and killed his friend during a city shootout did something that few of York's street shooters do: He cried real tears in court.

Chayanne "Shorty" Ramirez fired a gun he illegally possessed in an effort to protect longtime friend Luis "Pily" Inoa, who was the target of an April 15, 2018, street shooting, according to York City Police.

But one of the bullets fired from Ramirez's 9mm handgun struck Inoa in the torso, killing him, officials have said.

Inoa, 27, of Shenandoah, Schuylkill County, also suffered a gunshot wound to the shoulder, according to police.

Ramirez, 30, of South Queen Street, pleaded guilty Monday, Oct. 28, to being a felon in illegal possession of a firearm, which is a first-degree felony. A 2014 drug-dealing conviction makes him a felon, court records state.

In exchange for his plea, he was sentenced to four to 10 years in state prison, with credit for the 410 days he has already spent locked up.

That was less than a week after he testified against Brandon "Sticky" DeJesus at the man's preliminary hearing, recounting how DeJesus fired a shotgun at Inoa and how he, Ramirez, hid behind a knee-high porch wall and fired back. 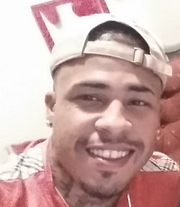 'Devastated': Irene Reinoso-Vega spoke in court Monday about her brother, describing him as kindhearted and generous.

"My brother Luis was a family man. He loved his three daughters," she said. "We are devastated and heartbroken. ... Our family will never be complete again."

Reinoso-Vega said that despite the circumstances of her brother's death, Ramirez was his friend.

"As a family we forgive Chayanne and we do ask for leniency," she told presiding Common Pleas Judge Harry M. Ness.

He did not speak in court. His attorney, first assistant public defender Clasina Houtman, said he became choked up.

"He feels so sorry that this happened," Houtman said. "This is not what he intended or wanted."

Murphy confirmed his office is in discussions with Korey Leslie, who represents DeJesus, and that it's not yet known whether DeJesus' case will go to trial or end with a negotiated plea agreement.

Testimony: Ramirez testified at DeJesus' preliminary hearing that he repeatedly warned Inoa not to involve himself with other people's issues.

He said Inoa called him and asked him to meet up on South Duke Street.

That's when a fight broke out in the street between DeJesus' sister and the mother of his child, according to Ramirez. 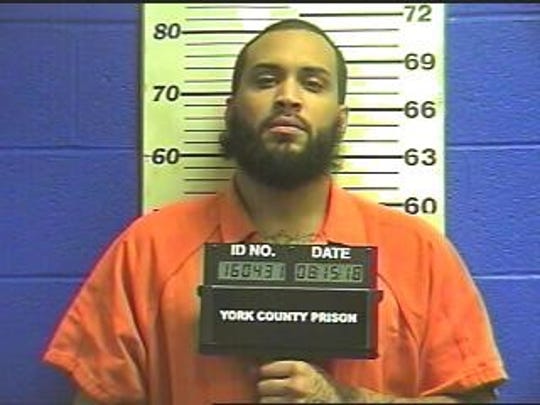 He said Inoa showed him a gun then walked to the corner of South Duke and South streets and stood near a church, adding he didn't know why his friend did that.

Ramirez testified he hid on a porch behind a knee-high wall after hearing Inoa yell, "Get the f— off of me," followed by gunfire.

"It was intense," he testified, adding he heard two different guns being fired. One was a shotgun, he said, and he saw that DeJesus was carrying a shotgun at the scene.

As DeJesus fled the scene in a vehicle, "I fired at the car," Ramirez testified.

Police recovered a backpack at the scene that held the shotgun allegedly used by DeJesus, according to Houtman.