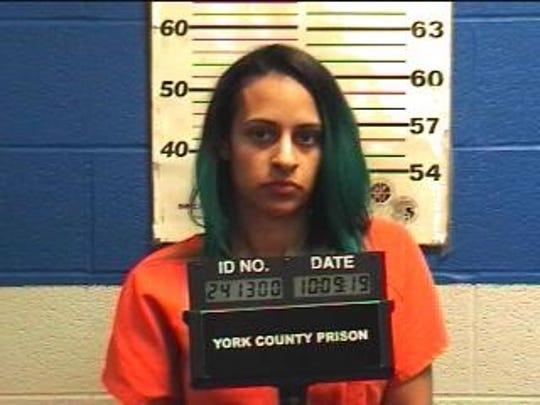 A York City woman is accused of stabbing her boyfriend in Spring Garden Township earlier this month, according to police.

Perez, 27, of the 800 block of East Poplar Street, is charged with aggravated assault, a felony, and misdemeanor offenses of simple assault and lying to authorities.

Police were called to the area for an unknown problem regarding a man outside a home. When officers arrived, Shepherd was lying on the sidewalk in a pool of blood, according to police.

Perez, police said, held a shirt against Shepherd's back, where he was stabbed. She told police she did not know how Shepherd was stabbed, court documents state.

Shepherd told police Perez had stabbed him, but he did not want anything done about it, according to authorities.

On Saturday, Oct. 5, Perez spoke to police and confessed to stabbing him during an altercation between them in a house there, police said.

She also admitted to lying to investigators initially, according to court documents.

Police said she was contrite and wanted to take responsibility for her actions.

Perez was arraigned on the charges on Wednesday, Oct. 9. She remains in York County Prison on $15,000 bail.