Three women are charged after police said they were involved in an attempt to assault someone in York City Sunday afternoon. 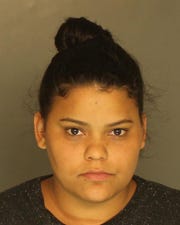 Three women are charged after police said they were involved in an attempted assault Sunday afternoon in York City.

Another woman, Kayla Elizabeth Andres, 31, drove the two to the alleged victim's home, according to court documents.

Breonna Patino is also charged with carrying a firearm without a license.

On Tuesday, Oct 8, all three had posted $50,000 bail each, according to prison records.

The three could not be reached Tuesday for comment, and they did not have attorneys listed.

Police said the Patinos' other sister, Sascha Patino, had been in a "mutual fight" with Ashonti Watkins in the first block of North Broad Street. 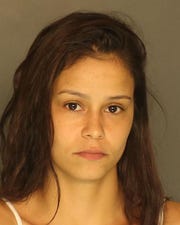 Later, Breonna Patino showed up at Watkins' home and threatened her with a gun, according to court documents.

Breonna Patino and Evelyn Patino tried to get Watkins and her sister to come out and fight them, police said.

Watkins' sister told them she wouldn't fight them and she asked them to leave, and police said Breonna Patino then pulled a pistol from her waistband.

Evelyn Patino pulled a long pink-handled kitchen knife out and swung it from side to side in an attempt to get Watkins and her sister to exit the home, court documents allege.

Watkins called police, and the Patinos and Andres, who had driven them there, fled the scene, police said. 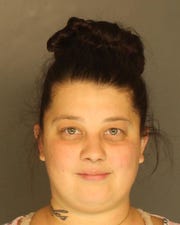 The gun was found in a bag in the car, and the knife was found wedged between the front passenger seat and center console, according to authorities.

When police told Breonna Patino that she was under arrest, Evelyn Patino said, "I should have stabbed that b— when I had the chance," charging documents allege.

The three women were taken to York County's central booking center for arraignment. While she was being taken there, Breonna Patino said she was going to kill Watkins when she gets out of jail, and that she "should have shot her," police said.