In a press release, Superintendent Scott Deisley wrote that there is a "law enforcement investigation" into the two employees, neither of whom has been named. 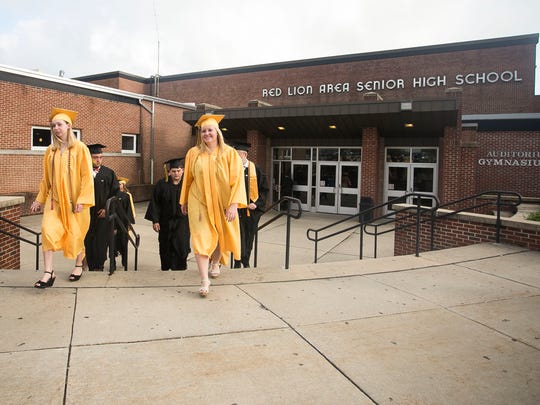 Two employees of Red Lion Area School District have resigned their positions amid an investigation by police and the school district, according to district Superintendent Scott Deisley.

In a news release issued at 3 p.m. Friday, Oct. 4, Deisley wrote that there is a "law enforcement investigation" into the two employees, neither of whom has been named.

York Area Regional Police and the school district are conducting parallel investigations into matters involving the two employees, according to the superintendent.

"Since this is an open investigation, the District cannot comment any further," Deisley wrote.

Deisley told The York Dispatch in an email that, contrary to social-media speculation, "No one was escorted off District premises. There has been no police activity related to staff on our campus."

The matters involving the two former employees aren't related to any threats of violence, and there are no security concerns at the district, he wrote.

"We are cooperating fully with the York Area Regional Police," the news release states.

"The York Area Regional Police Department does not comment on pending investigations. However, we can confirm that there are no safety concerns for the students or staff of the Red Lion Area High School."