"We just have to keep plugging away" to end the epidemic, Coroner Pam Gay said. "This is a sickness ... and we don't give up on people who are ill."

York County Coroner Pam Gay expressed frustration as she spoke to a reporter Friday about a spike in suspected opioid deaths. At the time, she was in her car, on her way to another suspected fatal overdose.

"We just have to keep plugging away" to end the epidemic, she said. "This is a sickness ... and we don't give up on people who are ill."

In an eight-day span, seven people died of drug overdoses, Gay said Friday, Aug. 9, noting that four of them had occurred in the previous 24 hours.

Victims ranged in age, she said, from people in their 20s to those in their 50s, both men and women. The deaths weren't clustered in any one area of the county.

"They were all over," Gay said. 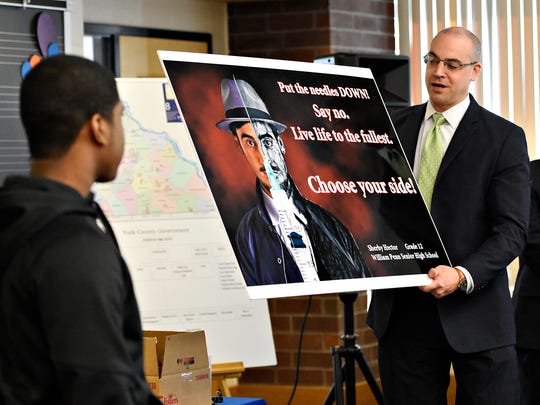 The coroner noted that testing takes several weeks, so she is not able to say with certainty  what drugs caused the deaths, but she strongly suspects fentanyl will show up in most of the toxicology results.

Gay expressed frustration that the opioid crisis is still taking lives and referenced York County District Attorney Dave Sunday's Facebook post on Friday, in which he urged people to talk to their children about the dangers of addiction, to get involved in community efforts to battle the epidemic and to speak with addicts they know about getting treatment.

"Our children are counting on us," Sunday wrote.

No moving on: The district attorney on Friday afternoon said people have to fight against becoming numb to the constant stream of overdose deaths.

"I don't want to see us get to a place where we become accustomed to hearing the news of overdose deaths," Sunday said. "We can’t have the world move on while this battle is raging through this community."

He said it's on his mind daily.

"This epidemic and loss of life has impacted so many people throughout our community in so many ways," Sunday said.

"First responders will be the last people to tell anyone that they're feeling bad," he said but noted the deaths are taking a physical and emotional toll on them as well.

Fentanyl's reach: There were 172 opioid-related deaths in the county in 2018, according to the York Opioid Collaborative, formerly called the York County Heroin Task Force.

Gay and Sunday were among the driving forces behind the creation of the organization and also are involved in the York chapter of Not One More. 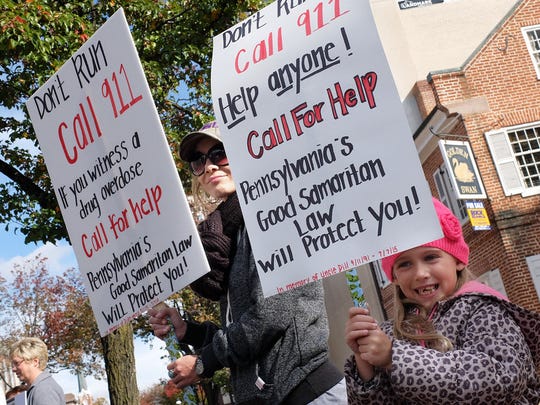 "When (toxicology tests) come back, they almost all show there's fentanyl in their systems," she said — but not just fentanyl.

The powerful synthetic opioid is often mixed with heroin to increase potency, but Gay said testing has shown it gets mixed with cocaine as well. It's unclear whether that's done by drug traffickers or if victims themselves mix opioids with cocaine, known as a speedball.

"Even if you're using cocaine, you're at risk," Gay said. She noted the number of fatal overdoses attributed to cocaine is small, compared to the number of York County's opioid deaths.

'No good batch': Asked if a bad batch of heroin might be behind the spike, Gay said she always answers the "bad batch" question the same way.

"There's no good batch of fentanyl or heroin," she said. "Even a small amount can kill you."

Gay acknowledged there might be opioids being sold illegally in York County that could have a variant substance in it, but she just doesn't know for sure.

Gay noted that the victims of the epidemic aren't just the addicts who overdose and die.

"These are deaths impacting children (and) grandchildren," she said, as well as parents and siblings. "We feel for those families."