"You took my happiness away," wrote Jean Pierre Larue's victim, who was 13 when the sexual contact started. Her letter was read in open court by her mother. 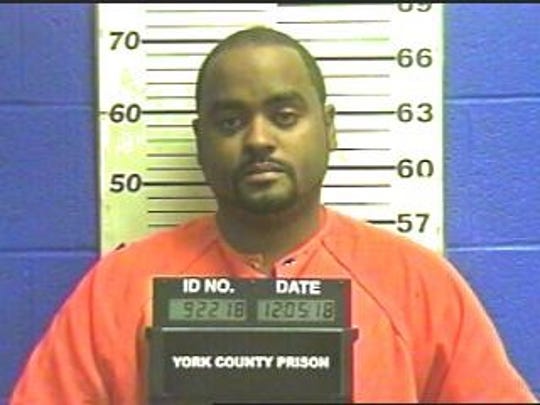 A former teacher's aide with the York City School District must spend at least five years in prison for having sex with a 13-year-old girl who was a student in one of his special-needs classes at Ferguson K-8.

Jean Pierre Larue, 36, appeared in York County Court on Wednesday, July 31, where he was sentenced to five to 12 years in state prison and given credit for the 238 days he's already spent in York County Prison.

A family member of the victim asked presiding Common Pleas Judge Harry M. Ness to consider giving Larue the maximum, but Ness said the negotiated plea agreement between Larue and prosecutors had already determined the sentence.

"JP" Larue, formerly of West York and now with an address in Woodbury, New Jersey, kept his head down and made no eye contact with the mother of his victim, who spoke in court.

First, the emotional mother read aloud a letter written by her daughter, with help from the girl's therapist.

"You make me sick," the victim wrote to Larue, and caused her embarrassment, shame and anger. "You took my happiness away."

The girl wrote that what she thought was love "was you taking advantage of a girl."

She also wrote that some people have blamed her and her family for Larue's crimes, and that she won't be able to let anyone get that close to her again.

"You stole that from me," she wrote. "I hope you rot in jail because that's where disgusting abusers like you belong."

The girl's mother then spoke, telling Larue he manipulated her and her daughter.

"You took everything from my child," she said. "You destroyed your family. You destroyed my family. ... You're just sick."

Also giving an impact statement in court was Jennifer Tunno, a Ferguson teacher who worked with Larue.

After the hearing, she told The York Dispatch she was not speaking on behalf of the York City School District and hadn't gotten permission to speak because she didn't realize the media would be at Larue's sentencing hearing.

"You used me to your advantage," Tunno told Larue. "You are a master manipulator ... who needs to be locked up to protect society."

Larue chose not to speak in court Wednesday. His defense attorney, RJ Fisher, declined comment after the hearing.

Senior deputy Kara Bowser said she can't comment on whether there are any active investigations into Larue.

The background: Larue pleaded guilty April 18 to the first-degree felony of involuntary deviate sexual intercourse with a child less than 16. 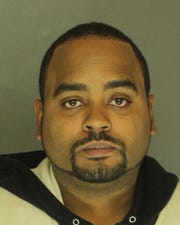 As part of his plea agreement, Larue's other charges, including institutional sexual assault and unlawful contact with a minor, were dismissed, records state.

A Ferguson K-8 student on Dec. 3 told investigators Larue had sex with her and performed oral sex on her in his home, according to court documents.

She told police she was 13 when the sexual contact started. It happened between Sept. 1 and Dec. 1, 2018, documents state.

Police have said they interviewed Larue the same day, and he admitted to sending inappropriate text messages to the girl asking to perform sexual acts on her. Larue also admitted to other sexual acts with the girl, according to documents.

His conviction precludes him from working in public schools.

A district statement provided by Bailey notes that the district "fully cooperated" with investigators and "took appropriate action."

York City school board meeting minutes state Larue was hired by the district as a personal-care assistant in August 2014.

Larue was placed on administrative leave after the allegations arose, according to a prior school district statement.