A West Manchester Twp. man remains in York Hospital in stable condition after being shot in York City over the Fourth of July weekend, police said. 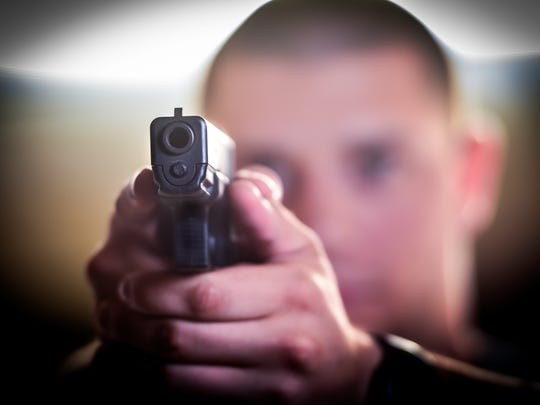 A West Manchester Township man remains in York Hospital in stable condition after being shot in York City over the Fourth of July holiday weekend, police said.

Around the same time, city officers were called to the 500 block of Thomas Street for a report of gunfire, police said, and a subsequent investigation determined Reece was shot while on Thomas Street.

Police said they don't yet know if Reece was targeted and that his shooting remains under investigation.

Anyone with any information is asked to contact York City Police's anonymous crime tip line at 717-849-2219, or its anonymous texting service. Text "Yorktips" and their information to 847-411 (TIP411).

Tipsters can also contact York County Crime Stoppers at 717-755-TIPS. All calls to Crime Stoppers are confidential and callers don't have to give their names to collect cash rewards.

Victim was shooter: Reece was 17 years old Oct. 30, 2015, when he and another young man shot Miquez Johnson, York City Police have said.

It happened about 11 p.m. in the 300 block of East King Street. Reece and Omar Sharif Jamison-Garcia — wielding handguns — walked up to a parked car that held Johnson.

Both men opened fire on Johnson, who was struck with one bullet, police said.

The round hit the 19-year-old Johnson in the back and passed through his chest, damaging both of his lungs and paralyzing him from the waist down, according to court documents.

In July 2016, Reece pleaded guilty in York County Court to conspiracy to commit aggravated assault. His other charges, including attempted first-degree murder, were dropped as part of his plea agreement.

Reece was sentenced to a year minus a day to two years minus two days in York County Prison. In August 2016, Jamison-Garcia pleaded guilty to conspiracy to commit aggravated assault and was sentenced to 11½ to 23 months in county prison, court records state.

At the time, prosecutors said they had difficulties with the case and told The York Dispatch that Johnson had not been cooperative with the prosecution of his attackers.