William Dolan III was free on bail, charged in York County with drug delivery resulting in death for his brother's fatal overdose.

About 2 to 3 milligrams of fentanyl, visually similar to 5 to 7 individual grains of table salt, are enough to cause a potentially fatal overdose. Carfentanil is 100 times more potent. (Drug Enforcement Administration/TNS) (Photo: Submitted)

A Baltimore man charged in York County with providing his Dover-area brother a fatal dose of opioids has himself died of an apparent overdose.

He died about a month before his 30th birthday.

Dolan was charged in York County Court with drug delivery resulting in death, a first-degree felony akin in seriousness to third-degree murder, with a maximum possible prison sentence of 20 to 40 years. He also was charged with selling drugs.

He was free on unsecured bail and was scheduled to be arraigned  June 7, according to court records.

The Maryland Medical Examiner's Office said the cause and manner of Dolan's death are pending.

His defense attorney, George Marros, said he is waiting to see his client's death certificate.

Northern York County Regional Police said they were told Dolan's death is believed to be an overdose.

The background: Joseph Dolan, 19, of the Dover area, died June 28, 2017, of a carfentanil overdose, according to charging documents filed against his brother. 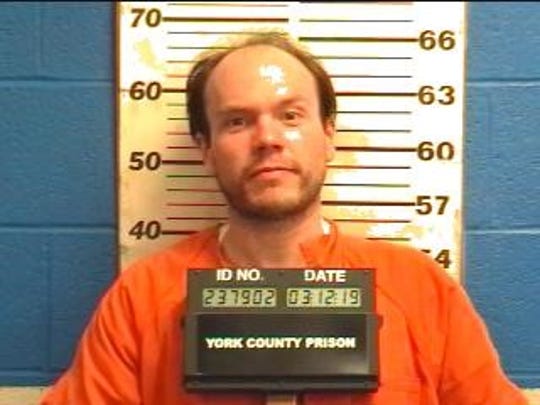 Joe Dolan was found dead in his car near the corner of Trabert and Strawbridge courts in Dover Township, police said.

He had been in the area visiting an ex-girlfriend, according to police.

A month after the fatal overdose, William Dolan III told Northern Regional Detective Robert Ryman that his brother called him on June 27, 2017, asking that they meet in Baltimore so William Dolan III could buy heroin for Joe Dolan, according to charging documents.

William Dolan III told Ryman he bought $18 worth of heroin from a dealer he knows as  "Jay Money," after which the Dolan brothers snorted the drugs, charging documents state.

Pawned saw: Joe Dolan wanted more heroin before driving back to Pennsylvania, so he pawned a reciprocating saw he had stolen from their father and got $35 for it, police said.

The brothers again met up with "Jay Money," at which point William Dolan III bought more purported heroin from the dealer, using $25 of the money Joe Dolan made from pawning the saw, documents allege.

Joe Dolan brought most of the drugs back to Pennsylvania, documents state. Police allege it's those drugs that killed him.

Patrick Dolan was fatally stabbed in Baltimore in November 2010, when he was 19, according to The Baltimore Sun.

He was killed while struggling with a robber who tried to take his wallet, the newspaper reported.