A newly released report states Dante Mullinix's family had involvement with children and youth services prior to his Sept. 14 death.

Dante Mullinix was two weeks shy of his third birthday when he was killed. (Photo: Courtesy of Facebook - Justice For Dante)

Children and family services officials from two counties had multiple interactions with the family of Dante Mullinix prior to the toddler's death this past year, according to a newly released state report.

Adams County Children and Youth Services had received multiple referrals to Dante's family for a period of nearly a year and a half between 2017 and 2018, according to the document, a quarterly report released earlier this month by the state Department of Human Services.

The quarterly report summarizes child fatalities and near fatalities for the fourth quarter of 2018.

The York County Office of Children, Youth and Families also became involved with Dante's family about two weeks prior to the child's death on Sept. 14.

Terry Clark, administrator for that office, said the law does not allow him to comment on the case.

Specifics of both offices' involvement with Dante's family are not included in the report.

The Dauphin County Coroner's Office conducted an autopsy on Dante and determined that the homicide was caused by a traumatic brain injury, accompanied by strangulation and suffocation, police said.

She told The York Dispatch last month she did not abuse or neglect her child.

Dante died a week before his third birthday. 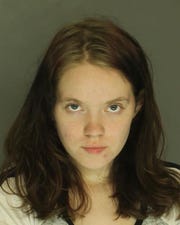 Report:  Between May 2017 and August 2018, Adams County CYS had received multiple general protective service referrals, including allegations of concerns over the mental health of Dante's mother, inappropriate discipline, inadequate hygiene and inappropriate caregivers, among other things.

Adams County Children and Youth provided services to the family from May 2017 on, but the case was closed in October 2017, according to the state report.

In March 2018, a referral was made for the family, but it was deemed not valid, and the family was not accepted for services.

Reports from June and August 2018 were screened out.

"(Adams County Children & Youth Services) endeavors to be proactive and prevent occurrences of abuse or neglect," the Adams County Board of Commissioners said in a statement released Wednesday. "Although we are not able to discuss individual cases, as an agency of devoted child welfare professionals, we take every allegation of abuse or neglect seriously and provide prompt and professional attention."

York County CYF received a referral in September regarding failure to provide medical treatment to a child, but it was deemed unfounded, the report states.

Charging documents state Leah Mullinix took her son to York Hospital on Aug. 31 for what staff believed to be balanitis, a genital infection caused by improper hygiene.

There were several complaints made by staff at the shelter where Leah Mullinix was living, alleging Dante had been screaming in pain, officials said.

On Sept. 1, staffers filed a child abuse report with the state because Leah Mullinix wasn't caring for her son, police have said. On Sept. 2, York County CYF made Leah Mullinix fill the prescriptions, charging documents state

On Sept. 4, the office met with Dante's family to discuss service, but the family was not placed with a service plan, according to the report. 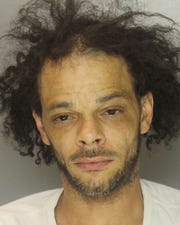 Charges: York City Police allege Bowie fatally injured Dante when he was watching the boy while Dante's mother was in York Hospital on Sept. 6.

Bowie, who is in York County Prison without bail, maintains his innocence.

The newly released DHS report states Dante had bruises and marks in various stages of healing as well as irritation and marks on his genitals when he was taken to York Hospital that night.

Dante was taken to Hershey Medical Center from York Hospital, and the report states he was taken off of life support there.

Leah Mullinix remains free on $10,000 unsecured bail. She is expecting a second child in June.

She and Bowie have pretrial conferences scheduled for June 13.