York City officials are asking drivers to avoid North George Street between Parkway Boulevard and North Street for the time being. 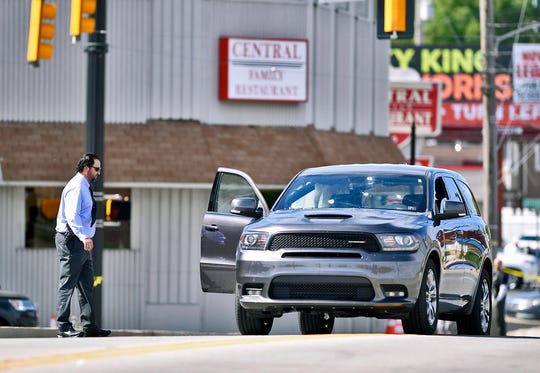 A York City man is in stable condition after being shot while on the North George Street bridge in York City on Monday, according to a city official.

Pedro Diaz, 25, was shot behind the ear, according to York City Police, and was taken to York Hospital by a good Samaritan in the area.

He is in stable condition there, police said.

Police said they expect to release more information about the incident after 9 a.m. Tuesday, April 23.

Philip Given, York Mayor Michael Helfrich's chief of staff, said the bridge was closed to traffic at 3:45 p.m. Monday, April 22, as police continued to investigate and look for evidence. A York County 911 supervisor said the bridge remained closed as of 4:50 p.m. 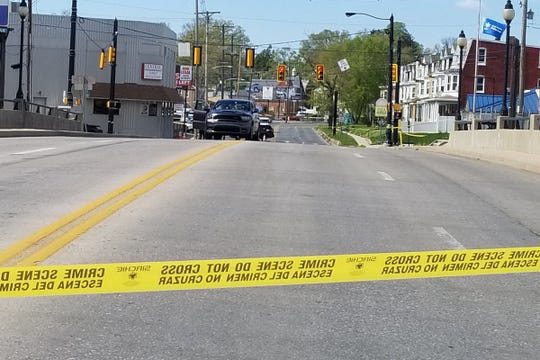 A person was shot in the ear while on the North George Street bridge in York City on Monday, April 22, 2019, city officials said. (John A. Pavoncello photo) (Photo: The York Dispatch)

Given urged drivers to avoid North George Street between Parkway Boulevard and North Street until officers reopen the bridge and clear the scene. That might take some time, he said.

Officers were called to the North George Street bridge over the Codorus Creek about 2:30 p.m. for the shooting and closed the bridge a few minutes later, a York County 911 supervisor said.

At the scene was a car, believed to be the victim's, with bullet holes in the windshield.

The Upper School of the York Academy Regional Charter School is located on the north side of the creek, and students there sheltered in place until it was determined it was safe for them to be moved, according to Given. 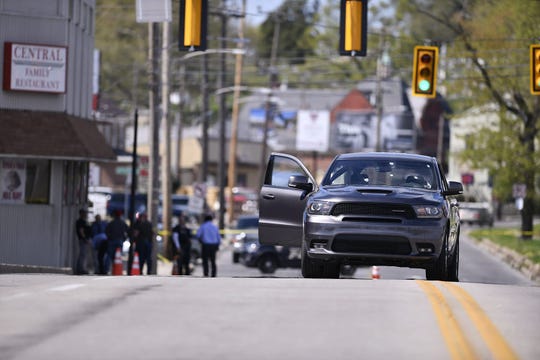 One person suffered a gunshot wound to the ear while in a car on the North George Street bridge in York City on Monday, April 22, 2019. (John A. Pavoncello photo) (Photo: The York Dispatch)

The Upper School students were then escorted to the Academy's Lower School, a block away at the intersection of Beaver and West North streets, he said.

Buses that normally pick up students at the Upper School were rerouted to the Lower School, Given said.

Police ask that anyone with information call them at 717-846-1234, or text "Yorktips" and your information to 847-411. The texting service is anonymous and is the best way to relay information to investigators, police said.