The child sexual abuse allegation against a York Catholic teacher and former York County priest was deemed not credible, according to a Montana diocesan official. 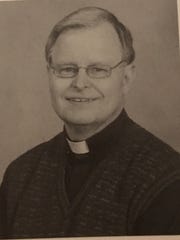 The child sexual abuse allegation against a former York Catholic teacher and York County priest was deemed not credible, according to a Montana diocesan official.

The Diocese of Great Falls-Billings Chancellor Darren Eultgen told The York Dispatch in February that there was an independent investigation into the allegations against the Rev. William Cawley.

Eultgen said Cawley was listed in a set of lawsuits against the diocese that allege multiple cases of abuse by dozens of clergy members.

“He had one accusation against him, and that was investigated by an independent investigator, and they did not find anything particularly credible in that," he said.

Eultgen said Cawley is still with the diocese but is not in active ministry at any parish. He said Cawley retired within the past five years.

The chancellor said the diocese offered to have the allegations independently investigated, and Cawley agreed to it.

The lawsuit, obtained by The York Dispatch on Friday, March 15, alleged Cawley and another priest physically, sexually and emotionally abused a boy at the St. Pius X and Holy Rosary schools in Billings, Montana, from 1977 through 1982.

In August, York Catholic said the Diocese of Harrisburg received a report of the lawsuit in 2012, when it was filed, and that Cawley left the diocese that year as a result of the allegations.

Cawley: Despite the accusations being deemed not credible, Cawley's name is still listed on the Diocese of Great Falls/Billings' website as a priest accused of sexual abuse.

The Billings Gazette reported in April that the Diocese of Great Falls/Billings reached a $20 million agreement with the victims in the lawsuits. Another report from the publication in July states 86 people were abused between 1943 and 1993.

“We agreed as part of the non-monetary agreement (of the settlement) … to list all the names on our website of everybody who was accused," Eultgen said.

The names will stay on the website until at least August 2028.

Eultgen said Cawley was the only priest named to have an independent investigation done. That's because many of the priests named were either no longer alive or declined the investigation. It is not clear how old Cawley is.

A directory from the Great Falls-Billings Diocese from last year stated Cawley lived in Great Falls.

Messages left at numbers listed for Cawley were not returned.

In August, the Harrisburg Diocese named Cawley among 72 priests who had child sexual abuse accusations. He was one of more than two dozen named who were assigned to York County parishes at some point in their lives.

The list is online, and as of Friday, March 22, Cawley's name remained on it.

The Harrisburg diocese released the names ahead of a Pennsylvania grand jury report that detailed sex abuse allegations against 300 Pennsylvania priests. Of those 300, 45 of them were in the Harrisburg Diocese. Nineteen of them served in York County at some point.

Cawley was not named in the grand jury report.

Multiple messages left for attorneys representing his accuser in the Montana lawsuit were not returned.

A York Catholic spokeswoman deferred comment to the Harrisburg Diocese.

A Harrisburg Diocese spokeswoman sent a statement in an email that Cawley was not the subject of any abuse allegation stemming from his time within the diocese.

The Harrisburg Diocese received a report that Cawley was accused of child sexual abuse in Montana, according to the statement.

The statement did not say whether Cawley would remain on the list on the website, and requests for comment pertaining specifically to the investigation's findings were not returned.