Husband of York-area woman charged in her homicide

Husband of York-area woman charged in her homicide 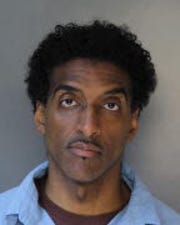 A West Manchester Township man currently in state prison now faces a homicide charge after police said he was responsible for killing his wife in 2017.

Queshantea Stephens, 39, of West Manchester Township, was found about 1 a.m. Aug. 29, 2017, at the edge of an alley behind the 700 block of West Princess Street, the York County Coroner's Office has said.

Zukael Stephens, 41, who is incarcerated in a state prison in Chester County, faces a charge of homicide. He had not been arraigned on the charge as of Friday.

Homicide: Initially investigators were not sure what caused her death, but they eventually ruled it a homicide.

Detective First Class Andy Shaffer said it is believed Zukael Stephens strangled her and dropped her body off in the area she was found. He said investigators were not sure where the alleged strangling happened and do not know why it happened.

Police have said Queshantea Stephens is the mother of Quayshawn Naylor-Wilson who remains in York County Prison without bail, charged with the July 16, 2017, homicide of 20-year-old Angel Hernandez.

Hernandez was shot in the back just after 4 a.m. that day in the 500 block of West Philadelphia Street, according to police. Naylor-Wilson's case remains active.

Shaffer said authorities do not have any information to believe the two homicides are related.

Arson: Zukael Stephens is  serving a 1½ to three year prison sentence for torching his brother's Dodge Charger in Paradise Township on July 21, 2016.

Court records indicate that Zukael Tony Stephens, 40, pleaded guilty to criminal mischief on June 21, and his charges of arson and conspiracy to commit arson were dismissed.

His brother, Robert Harrison, 38, was charged, but online court records state his case was dismissed in July.

“Basically we proved through records and witnesses and everything, that (Harrison) had no part in the arson," Harrison's attorney John Ogden said.

Ogden said Harrison's car was reported stolen before the arson.