Reforming the procedure for seizing and forfeiting drug dealers' property has already had an impact on how the Drug Task Force does business, the DA said.

Reforming the procedure for seizing and forfeiting drug dealers' property has already had an impact on how the York County Drug Task Force does business, District Attorney Dave Sunday said.

Sunday spoke with The York Dispatch in late February about civil-asset forfeiture shortly after the U.S. Supreme Court ruled in Timbs v. Indiana that the Constitution's Eighth and 14th amendments protect citizens from "excessive fines" levied by states, which includes property seized from drug dealers and later ordered forfeited by judges.

That has always been true federally, but the justices have now agreed it applies to states. The Pennsylvania Supreme Court in 2017 tackled the issue as well, according to the district attorney.

Also in 2017, the Pennsylvania Legislature revised the state's civil-asset forfeiture laws to address concerns including proportionality of the property loss to the crime and to add what Sunday called a "relief valve" to give defendants and property owners the ability to petition to get their property back right away for hardship conditions.

The Legislature tweaked the law to give citizens more protections when fighting to have property returned, he said.

On Thursday, March 21, the district attorney — along with chief deputy prosecutor Tim Barker and senior deputy prosecutor John Hamme — sat down with The York Dispatch for a second conversation about the steps the DA's office has taken to adopt the changing "best practices" of civil-asset forfeiture.

'Nothing illegal': Sunday defended the prior work of individual detectives and officers with the drug task force, saying, "There was nothing illegal ever about what they did." He said task force detectives followed the law, which in this state was broader prior to the 2017 changes.

But he acknowledged he knew before taking office that he would assign someone to review and revamp those procedures to ensure they kept pace with evolving laws and best practices. 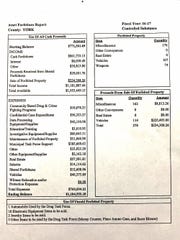 Tom Kearney was district attorney at the time when, according to this week's order from Common Pleas Judge Craig T. Trebilcock, the drug task force was "overzealous" in what it was seizing during arrests. (See related article.)

Kearney did not return a phone message Friday seeking comment.

Forfeited property is auctioned off twice a year in York County. Proceeds go to the county's drug forfeiture fund.

Hamme conducted the forfeiture review Sunday sought and now oversees forfeiture petitions. Hamme said he ensures there's the required nexus between the seized property and a defendant's alleged drug-dealing before allowing a petition to move forward in court.

Hamme also said he never tries to determine the value of an item, because that should have no bearing on whether it's forfeited.

If Hamme determines there's no legal nexus between the seized property and a defendant's drug-dealing enterprise, it's returned, he said.

Property not leverage: Another of Sunday's 2018 forfeiture reforms forbids prosecutors from using defendants' property as leverage to get them to enter into plea agreements, he said.

Sunday also provided The York Dispatch with data about all of the county's 2018 forfeiture petitions.

Prosecutors filed 205 civil-asset forfeiture petitions in 2018, which includes petitions from some leftover 2017 cases, he said.

There were a total of 12 televisions and two game systems seized, he said, adding that drug task force detectives have stopped regularly seizing TVs or video-game systems.

Data provided to The York Dispatch on those 205 cases reveals that in the majority of drug-dealing cases, task force members seized cash and, somewhat less often, vehicles. Guns were seized in a number of cases, the data shows. 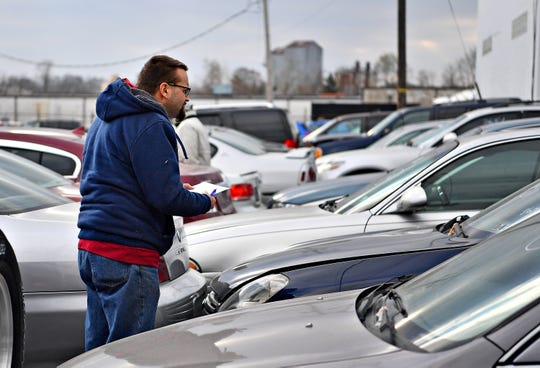 Cars that will be auctioned off by the York County Drug Task Force on Friday, are on display at Schaad Detective Agency in York City, Wednesday, Nov. 21, 2018. The auction will be held at the agency on Roosevelt Avenue, Nov. 23 at 10 a.m. Dawn J. Sagert photo (Photo: The York Dispatch)

Drug detectives also seized cellphones in some of those cases and — far less frequently — miscellaneous items, including an ammunition belt and a beverage container with a hidden storage compartment, according to the data.

There are a handful of those 205 cases in which items were seized that would likely no longer be seized under Sunday's reforms, including jewelry, power tools, a bicycle and an Apple watch, according to the data.

Judges have final say: Sunday noted that while drug detectives can seize evidence, and prosecutors can seek to have it forfeited to the state, it's up to York County's judges to approve each forfeiture.

Evolving best practices call for "a balanced, nuanced response" regarding forfeitures, according to Barker. 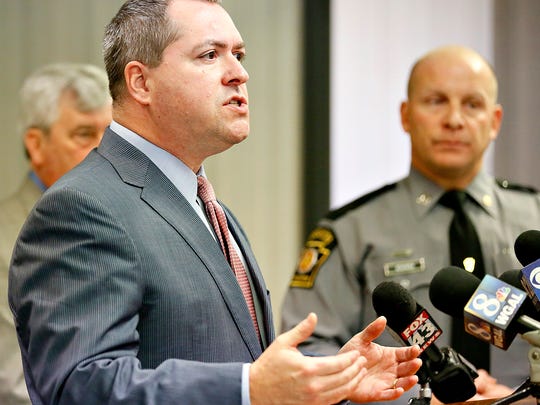 Sunday said that when he served as a chief deputy prosecutor under former DA Kearney he was, for a time, the legal liaison for the drug task force but wasn't involved with forfeitures.

He said that back then, he didn't have a full grasp of seizure and forfeiture practices, and added he and his staff are now working toward adopting federal forfeiture guidelines.

Defense attorneys including Korey Leslie and George Margetas have confirmed that York County's seizure and forfeiture practices have improved under Sunday's tenure.

"It's gotten much more fair, as far as what's being forfeited and what's being given back without a fight," Leslie said.