Police: Truck driver on drugs fights cops on I-83

A truck driver on drugs who crashed his truck is accused of fighting troopers on Interstate 83, according to police.

Police: Truck driver on drugs fights cops on I-83 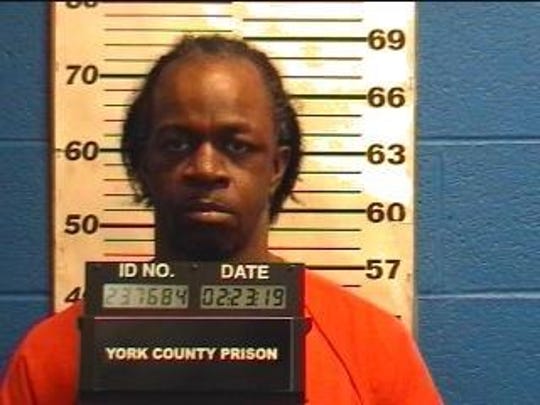 A truck driver accused of brawling with troopers on Interstate 83 was high on drugs when he crashed his rig prior to the altercation, state police allege.

Arman Wright, 48, fought two troopers in travel lanes of I-83 northbound in Fairview Township on Saturday, Feb. 23, according to state police. Troopers tried to use a stun gun on him several times before they were able to get him into custody, charging documents state.

Crash: Troopers were sent to the area of mile marker 37 about 6 p.m. Saturday for a report of a tractor-trailer that had crashed into a guardrail, according to court documents.

About 100 yards of the guardrail were damaged by the vehicle, police said.

Two troopers found Wright, visibly under the influence, and he refused to give them his license, charging documents state.

One of the troopers guided Wright out of the vehicle when Wright immediately began resisting, according to police.

'Fighting stance': Court documents allege Wright took a fighting stance and swung at the troopers. He managed to punch one of them in the face, according to authorities.

He caused a roughly 7-inch laceration across the left side of the trooper's face, officials said.

Police said Wright was taken to the ground, but he continued to push the troopers away. Wright was eventually taken into custody after being hit with the stun gun, police said.

The struggle, according to authorities, took place in the travel lanes of I-83.

'Gibberish': When Wright was in custody, police could see his pupils were dilated and he was disoriented, and a trooper had a hard time following what Wright said had happened, charging documents state.

Police said he was talking about driving in circles, people following him, and someone putting a "slick surface" on the road. He also kept grinding his teeth.

When asked about drugs, he denied using cocaine, police said.

"He began speaking a language I can only describe as gibberish," Cpl. Sean Taylor wrote in court documents.

A vape pen was found on Wright, and police said it contained suspected THC liquid in it.

Wright was arraigned on the charges the morning of Sunday, Feb. 24. He does not have an attorney listed.

His preliminary hearing is scheduled for March 25 at District Judge Richard Thomas' office.