Six people have been charged in the wake of a post-game altercation that broke out after York High's basketball game on Monday night. 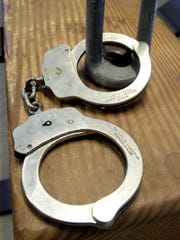 Six people have been charged in the wake of a post-game altercation that broke out after York High's basketball game on Monday night.

A fight broke out in the York High gym following the Bearcats' District 3 Class 5-A semifinal loss against Muhlenberg.

The School District of the City of York announced in a news release Monday that it had completed its investigation of the post-game events. According to the release, school police conducted a review of video footage and interviewed eyewitnesses.

A few skirmishes between fans broke out after the game. A lot of tension in the arena late in the game among fans. Someone was handcuffed at halfcourt. Police controlled the situation after a two minutes. pic.twitter.com/e84p5rmxAW

The names of those involved were not released.

No injuries were reported as a result of the incident.