A West Manchester Township firefighter is facing charges after police said he made six false 911 calls over a period of more than a month. 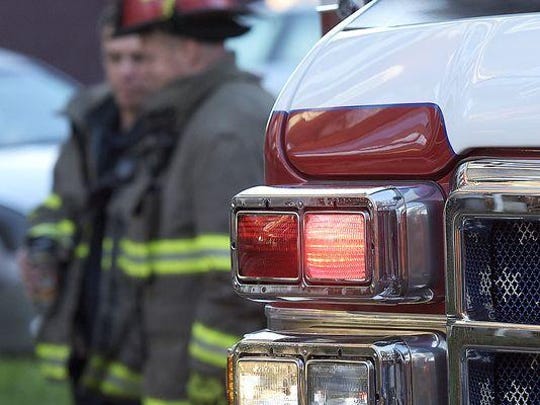 A West Manchester Township firefighter is facing charges after police said he made six false 911 calls over a period of more than a month.

Police said Isaiah Smith, 18, admitted he was bored when he falsely reported a gas leak at the Wyndham Garden hotel on Jan. 31.

That was the sixth he reported since Dec. 22, according to charging documents.

Smith, of the 1600 block of Filbert Street, West York, faces charges of false alarm to a public safety agency and disorderly conduct, both misdemeanors.

Court records indicate he will be arraigned on his charges during his preliminary hearing scheduled for April 2 at District Judge Keith Albright's office.

Calls: West Manchester Township Police said six false calls were made to York County 911's non-emergency number that could not be traced.

The recordings of the calls were given to West Manchester Township Fire Chief Clif Laughman, who identified the caller as Smith, a township firefighter, according to authorities.

Four other township firefighters were able to identify Smith as the one who made the calls, charging documents state.

All of the calls were in West Manchester Township.

Interview: On Feb. 7, Smith spoke with police about the calls, charging documents state.

Police said Smith initially claimed he made the call about Wyndham Garden because  he had smelled gas. He eventually admitted to making the call because he was bored, officials said.

Smith, according to court documents, gave a fake name and number when he called 911.

Smith said the fake 911 calls "started to get out of control," and he knew he needed to stop but didn't think it was a serious criminal issue, charging documents state.

Smith, a volunteer firefighter, was suspended pending the outcome of the police investigation, according to township Manager Kelly Kelch, who said he anticipates further action against Smith now that he is criminally charged.

Charges for Smith were filed Monday, Feb. 11. He could not be reached for comment the afternoon of Thursday, Feb. 14.

— Reach Christopher Dornblaser at cdornblaser@yorkdispatch.com or on Twitter at @YDDornblaser. Senior Crime Reporter Liz Evans Scolforo contributed to this report.