Police: Man prompts wrong-way chase on I-83 in York County

A Harrisburg man high on crack cocaine led state troopers on a wrong-way chase early Thursday morning, according to authorities.

Police: Man prompts wrong-way chase on I-83 in York County 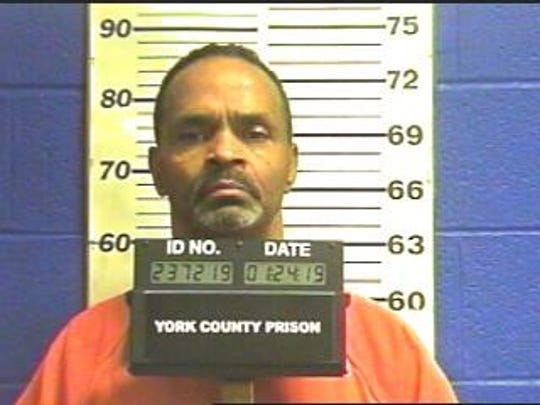 A Harrisburg man high on crack cocaine led state troopers on a wrong-way chase on Interstate 83 in York County early Thursday morning, according to authorities.

State police said Arthur Edward Mann drove north in the southbound lanes after leading troopers on a 19-mile chase on I-83 the morning of Thursday, Jan. 24.

Mann, according to police, was turned around by a trooper in the southbound lane at mile marker 9 in Springfield Township, and he proceeded to drive north in that lane until an officer performed a maneuver that caused his car to flip.

Mann, 54, of Yale Court in Harrisburg, is charged with numerous offenses, including three counts of aggravated assault; six counts of recklessly endangering another person; two counts of fleeing or attempting to elude an officer; one count each of criminal mischief, tampering with evidence, resisting arrest, simple assault and DUI; and more than 10 summary traffic violations.

Pulled over: Troopers first spotted Mann driving 45 mph in the northbound lanes near mile marker 23, a 65 mph zone, in Manchester Township at midnight Thursday, according to charging documents.

Police said he was driving an Acura and several vehicles were passing him. Troopers followed him for about two miles until he went into the left lane with no traffic in the right lane, prompting them to pull him over, officials said.

Charging documents indicate police had lights and sirens on to pull him over, but he drove about half a mile before stopping.

When a trooper approached his vehicle, Mann said his vehicle was having mechanical issues, which was why he couldn't pull over, according to police.

Initially he told police he was coming from a job interview in Maryland, but he then said he was actually going home after leaving his mother's home in York City, officials said.

The trooper returned to his patrol vehicle to verify Mann's information, and Mann then merged onto I-83 and fled, according to officials.

Fled: Mann exited I-83 at Exit 28, Strinestown, went through a red light and turned left onto Susquehanna Trail, police said.

A trooper positioned his vehicle in front of Mann's in the intersection of Susquehanna Trail and I-83 South, but Mann drove around it and fled onto the interstate, court documents state.

Two state police vehicles followed him as he went 85 mph on I-83 South, according to police. Troopers attempted to box him in, but Mann's "aggressive" maneuvers made them afraid he might damage their vehicles or civilian vehicles, according to authorities.

At mile marker 10 police used a spike strip, which deflated Mann's driver's side front tire, court documents state. At mile marker 9, Mann turned his lights off, and a trooper used a maneuver on Mann's vehicle that caused it to spin 180 degrees, officials said.

Mann then drove north in the southbound lane and rammed another trooper's vehicle after the trooper attempted to stop him, according to court documents.

Mann was driving "head-on" into oncoming traffic with no lights, according to police.

A trooper was able to again perform a maneuver on Mann's Acura, causing it to flip onto its roof, documents state.

Mann continued to resist after he was removed from the vehicle, officials said.

Mann told arresting troopers that he ran because he was high on crack cocaine, officials said. He admitted to throwing a crack stem out of his window before the traffic stop, documents state.

He was taken to York Hospital for treatment and a blood draw, police said.

In a news release Thursday, police said his bed at York Hospital was seen shaking.

Police said charges of open lewdness will be filed. As of the morning of Friday, Jan. 25, those charges have not been filed.

Mann remains in York County Prison on $150,000 bail. He does not have an attorney listed.